Apparently it's 4.4 day for AT&T – at least for owners of the HTC ONE or the LG G2. While we've been expecting the update to hit the former for a few days now, the latter comes as a surprise. 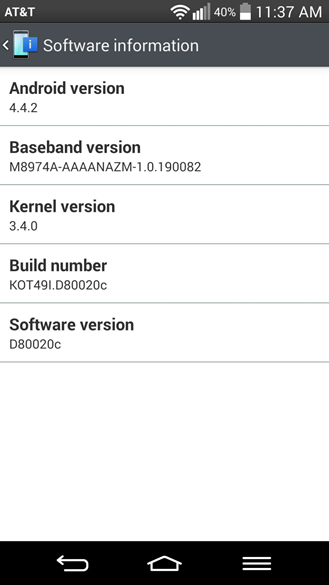 In AT&T's official blog post, the company outlines what users can expect post-update, including "key enhancements to the user interface, battery efficiency and processing speed." The post goes on to describe some of the visual changes with KitKat's interface, along with other 4.4 goodies. Oh, and LG decided to make Knock On less janky in this build, too. So that's good.

The update is rolling out now, so hit up the About > Software Update menu to grab it.

[MWC 2014] Lenovo Announces The YOGA Tablet 10 HD+, And It Actually Might Be Pretty Decent