Snapdragon 800, you say? Old hat, dear readers. Meet Snapdragon 801 - it's the Snapdragon 800 you've come to know and love, plus one. With Qualcomm's flagship mobile chip having had over a year since its announcement at CES 2013 - and no definitive successor in sight - it seems the world's #1 ARM chip vendor thought it would be wise to give the 800 a bit of a facelift for the first half of 2013.

The Snapdragon 801 really isn't all that different from the 800. In fact, it's almost exactly the same - but slightly better. While it packs the same Krait 400 CPU and Adreno 330 GPU, the 801 ups the clock speed ante on both to 2.5GHz and 578MHz (from 2.26GHz and 550MHz), respectively. It also adds a new eMMC interface, supporting the latest 5.0 standard, which rather conveniently meshes with SanDisk's new iNAND Extreme eMMC 5.0 flash memory announcement. 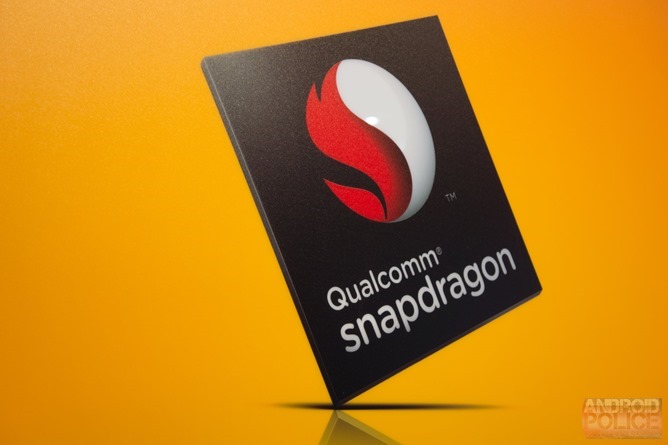 Qualcomm says the 801 will be appearing in devices "this quarter." Translation? Expect to see it today - in the Galaxy S5. And likely next month in the new HTC One. That also suggests to me that SanDisk's new NAND chips may be featured in these products as well - after all, much of the gains to be had from the 801 over the 800 are going to be thanks in large part to that new eMMC standard, not a couple hundred megahertz of clock speed.