Besides the TalkBand B1, Huawei introduced three other devices in their MWC presentation - the MediaPad X1 7.0, MediaPad M1 8.0, and the Ascend G6. The first is pegged as a phone/tablet hybrid, the second just a tablet (capable of Wi-Fi calling and SMS), and the third a budget to mid-range phone.

We'll take a quick look at all three, but let's start with the MediaPad X1.

The X1 "combines the functionality of a smartphone and tablet" in its aluminum alloy body, and besides Huawei's own suite of software enhancements with Emotion UI 2.0, has plenty of specs worth looking twice at. Unfortunately, though, it'll be running Android 4.2 out of the box. 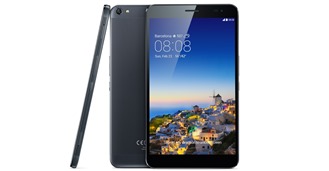 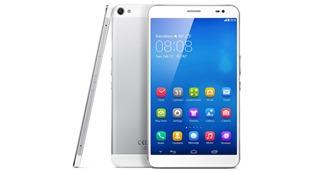 Here's a brief look at the specs:

Of course, Huawei's also got some promotional videos pitching the X1 as a device that "exceeds all the limits," and as the perfect tool for perfect strangers to virtually share dinner and ultimately take off in a hot air balloon together, with the tablet/phone accompanying them the whole way.

The X1 is expected to be available in China, Russia, Western Europe, the Middle East, Japan, and Latin America starting in March.

The MediaPad M1 isn't explicitly pegged as a hybrid tablet/phone device, but it does have LTE Category 4 compatibility, a thin "metallic feel" body with aluminum frame (which Huawei says "will literally take your breath away" - watch out), front-facing speakers, and - strangely - a lower-res 800x1280 8" display. As for looks, one wouldn't be wrong to suggest the M1 looks more than a bit like HTC's One Max, at least from the front. 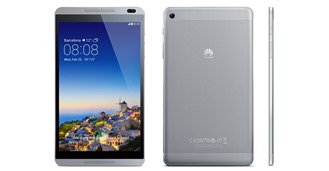 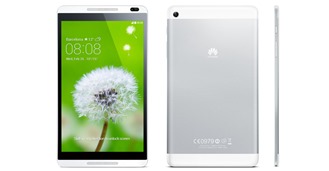 Here's what we know so far in the specs department:

The MediaPad M1 8.0 will be available starting in "Q1 2014" in Europe, Russia, the Middle East, China, Japan, Asia Pacific, Australia, and Latin America.

Finally, we come to Huawei's newly-announced phone - the Ascend G6. The G6 is not a terrible-looking device (minus the capacitive keys), and has a fair number of color combinations, but it is clearly aimed at the low- to mid-range segment. Unlike its tablet counterparts, the G6 is apparently not LTE Cat4 enabled, runs an unspecified version of Android, and has a qHD display. 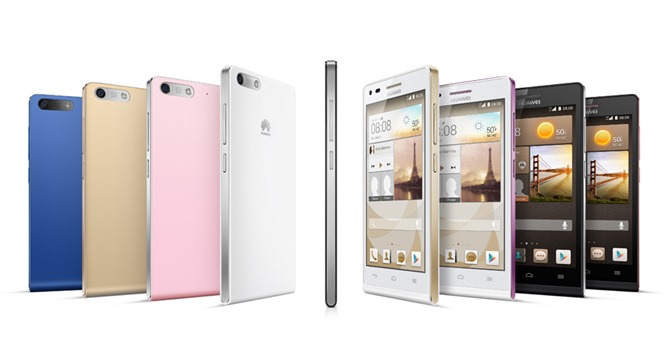 And now for the specs:

The Ascend G6 4G will be available starting in April 2014 in unspecified markets, with its non-4G alternative launching in "Q1 2014." Those interested can check out Huawei's promo videos for the G6 below.

For more information and photos of each device, just hit the appropriate link.