LG's latest and largest handset was announced ahead of MWC last week in Korea, but for most of the world Barcelona will have marked its public debut. LG's rather unabashed Note competitor is back again this year, although the spec sheet won't exactly blow most people away - a 5.9" HD IPS panel, quad-core Snapdragon 800, 3GB of RAM, 13MP rear camera with OIS, and 3200mAh removable battery get high marks for high-end components, but do little to separate the G Pro 2 from a growing pack of mega-sized phones. 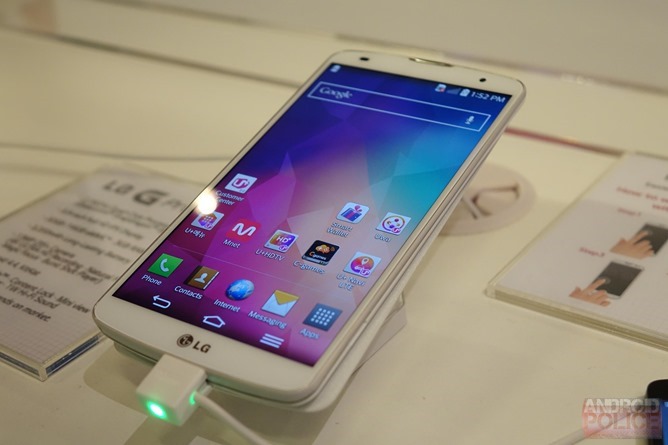 We had a chance to spend a few minutes with LG's extra-large G, and unsurprisingly, the new device feels a whole lot like the G2 consumers have come to know, just a fair bit bigger. The G Pro 2's distinguishing features from its smaller sibling are worth noting, however. There's the obvious, like the enlarged display, but also the not-so-obvious, like a removable battery and an SD card slot, features the Note crowd has always been keen on.

The model being displayed here at MWC is a Korean variant, as evidenced by the TV antenna stealthily embedded in the top right corner. Changes abroad are likely to be minimal, though, perhaps only varying in regard to storage (LG indicated 16 or 32GB depending on market), and the fact that it's shipping with Android 4.4.2 is certainly welcome news. Whether LG will keep up with updates remains to be seen.

The G Pro 2 does feel a bit more premium than the standard G, likely owed to its textured rear cover - I've lamented the "slimy" plastic feel of the G2, and while the G Pro 2 doesn't feel as premium, say, as the Note 3's leather-textured plastic, it does feel better than the aforementioned slick greasiness. 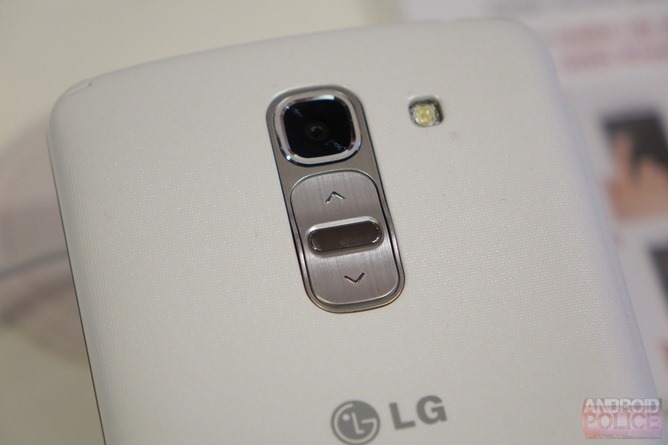 LG's major talking point on the software side was KnockCode, an expansion of the KnockOn functionality which originally debuted on the G2. Both the G Pro 2 and G2 Mini (and G2 / G Flex via updates) can use this new feature, which allows you to set a pattern of taps on the screen to unlock it while the display is off. The order and location of the taps are the mechanism, which does make for an admittedly difficult code to crack. Personally, I found the feature both cumbersome and time-consuming, and while the success rate was high on most of my attempts, I still had to repeat the pattern on several occasions.

We didn't have a chance to test any of LG's various new camera features, though none of them looked particularly exciting - one a glorified HDR mode that utilized the camera flash, the other seemingly a software blur effect masquerading as a Lytro-like "magic focus" tool.

Like every modern LG smartphone, the G Pro 2 felt very fast, though LG's rather busy and bloated UI layer remained an eyesore on what might be an otherwise enjoyable experience. LG still has not commented on when the G Pro 2 will be available, or for how much. 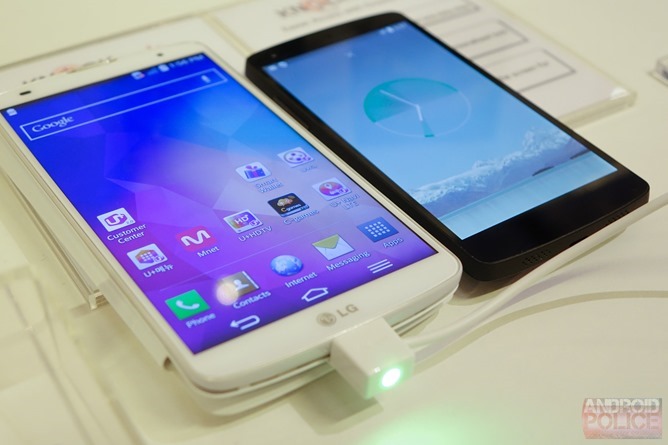