Welcome to the latest entry in our Bonus Round series, wherein we tell you all about the new Android games of the day that we couldn't get to during our regular news rounds. Consider this a quick update for the dedicated gamers who can't wait for our bi-weekly roundups, and don't want to wade through a whole day's worth of news just to get their pixelated fix. Today we've got a stick figure sniper game, a Smash bros-style online brawler, and a simple hot potato party title. Without further ado:

If 80s action movies starred stick figures, they'd look a lot like Optical Inquisitor 17+ (which is probably OK for younger kids). you're an angry stickman out for revenge, and the only way you know how to do that is with a sniper rifle. This ultra-self aware game is definitely the strangest in Crescent Moon's eclectic portfolio, but it's a welcome change if you're looking for a unique point-and-shoot experience with a bit of crafting. It's free with in-app purchases.

Its the year 1988. Acid wash jeans are in. Our hero, Tommy Rissken has been betrayed by his friends and had to serve a prison sentence for 8 years. Now he's back with a vengeance. With your help, he'll get his revenge on his 'friends' and be able to return to his daughter. If you love Nintendo's Super smash Bros franchise, you owe it to yourself to check out Fright fight. The free-to-play mechanics means it's equal parts brawler and Tamagotchi/Digimon pet simulator, but it's got online, four-player battles, and that's what really matters. The social elements I could do without, but if you want a party-style 2D fighter, this is it.

Harness your skills and battle your friends for monster supremacy. FRIGHT FIGHT is a 3D Real-Time Online Multiplayer Brawler infused with RPG system elements. You will have the ability to connect with up to 3 other players from around the world, and compete in 4 player action-packed matches. Play against random opponents or invite your friends to a game. Fight against injustice.

Balanz is a single-device party game that looks like it was designed for drunk people - not that that's a bad thing. All you have to do it use your device's gyroscope to keep the shapes aligned - "in balance" - as long as you can. The party mode is basically hot potato, which should be a decent addition to Pictionary and the like. It's just over a dollar with no in-app purchases.

«Balanz» is the multiplayer game that you play with only one phone and up to ten competing players. As you pass the phone around, you and your friends are building a virtual tower that becomes shakier with every block set on top of it. Keep the phone horizontally leveled and pass it to the next player. But don’t move to fast, or the the tower might collapse; don’t move to slow either, or the time limit might get you. 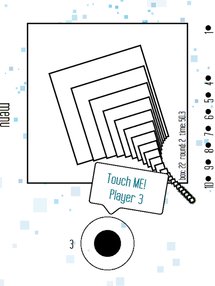 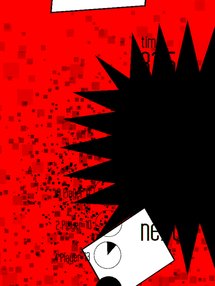 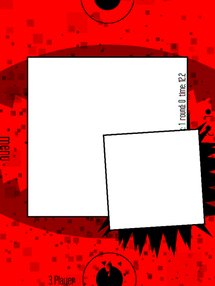 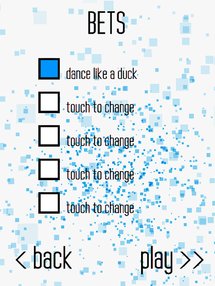