If you thought that the golden HTC M8 seen yesterday was a bit ostentatious, then you'll be glad to hear that it probably isn't the only color option for "The New One." Evleaks (who posted the original gold press render) posted a second shot this morning, showing the new flagship phone in a much more typical dark gray color. There is still no official word on the M8, but it's expected at HTC's London/New York press event on March 25th.

The new render is identical to the previous One except for the color change, including dual rear cameras, a dual LED flash module, virtual navigation buttons, and body that's extremely similar to the original model. This dark gray option is distinct from the silver/aluminum look that HTC has used for the standard One/Mini/Max "hero" shots - in fact it's nearly black. Perhaps "gunmetal" would be a more precise term for the hue. We're expecting the new phone to be available in multiple color options depending on market and carrier. Earlier leaks showed a more typical light gray and a glossy silver, though one of those may have been a "New" HTC One Mini. 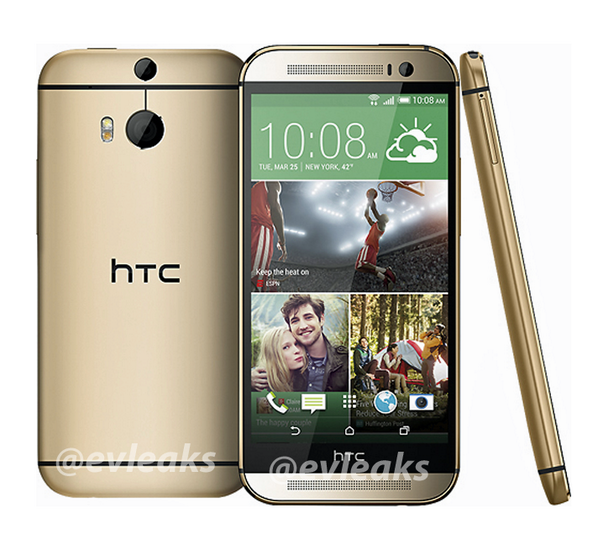 HTC is not expected to reveal a new flagship at Mobile World Congress next week, since the company has not yet announced a major press conference for the show. More general phones, like the recently-leaked Desire 8, may show up in Barcelona.

Report: Google Wanted To Pay WhatsApp To Be Notified Of Offers From Other Companies