Thanks to Kickstarter and Indiegogo, there's no shortage of quirky (read: gimmicky) wearable products to throw money at. I won't pretend to understand what makes a product appealing to people, but at last I'm not the only one here at Android Police who has been baffled by some of the projects that have found crowdfunding success. So with this confidence-inducing introduction out of the way, I present to you Fin, a Bluetooth ring with gesture support that looks to be just shy of practical.

Here, let me explain myself. If you haven't yet watched the video above, here's the opening:

"You know, we've always been using our hands and fingers, for counting, taking notes, and various other stuff. Technology expanded and we started using gadgets. People always say that everything is at our fingertips, but it was never so. Not until now. Not until Fin."

That sounds great, right? The only problem is, this claim is the exact opposite of what Fin actually does. The ring's entire purpose is to replace the products that you would actually poke with your fingertips and instead empower you to swipe at thin air instead. Everything isn't at our finger tips with Fin - nothing is. The ring even goes around the base of your thumb for crying out loud. 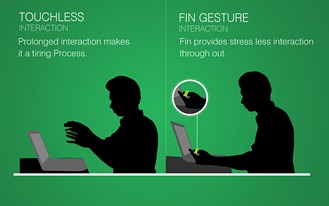 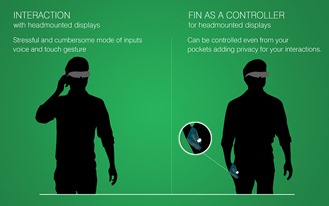 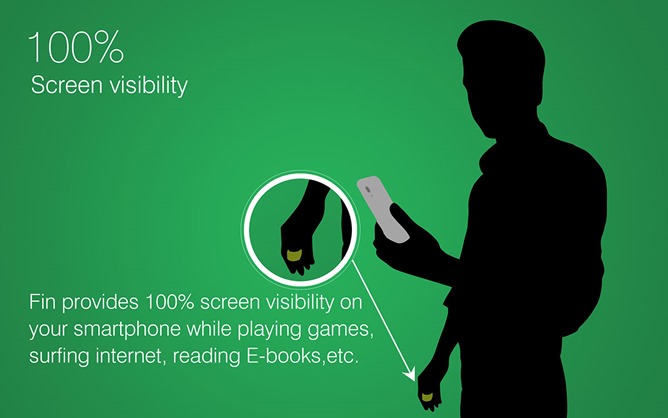 People want to be able to use devices without actually touching them. Or, at least, companies seem to think we do. Microsoft is happy to push the Kinect, but despite how cool the technology is, I've never sat down at an Xbox and not wanted to hold the controller. Likewise, if the smartphone's already in my hand, I might as well touch it. I already am touching it, after all. (I'm beginning to doubt that there are enough italics in the world for me to finish this post.)

Sure, there are other uses for Fin, but I can't say they're particularly compelling. Heck, I'm not even sure most of them make sense.

Okay, I'm done, so let's cut to the chase. $105 will get you a Fin. Factor in another $10 if you live in the US or Asia, but expect to pay $20 if you live anywhere else. And when it arrives sometime in September, please, please write up a blog post about how you managed to use this more than twice before forgetting it in a drawer somewhere.

HTC Will Reportedly Show Off New Smartwatch Based On The Qualcomm Toq To Carriers At MWC, ...