If you're a regular user of Microsoft's SkyDrive cloud storage service, you probably already know that the company has been forced to re-name it "OneDrive." Today the change comes to the official Android app, along with some much-needed functionality to bring it in line with competitors like DropBox, Google Drive, and Box.com. The biggest addition is automatic photo uploads, which have been part of the other apps for quite a while. 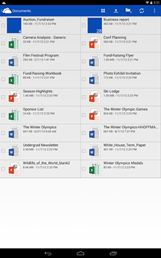 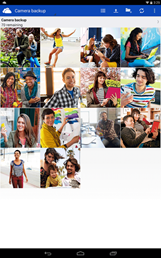 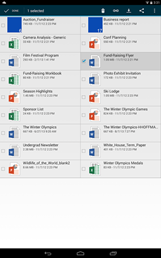 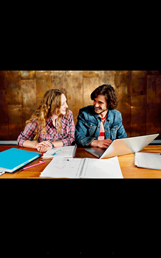 According to the new login message, turning on photo uploads will give you a 3GB bonus in your free storage limit, and users have the option of disabling uploads on mobile networks. There are a few minor user interface adjustments as well, mostly focused on thumbnails, and the app should be able to more easily work with Microsoft's official Office Mobile For Office 365 and OneNote Android apps. Beyond that, it's still the same old SkyDrive, just a few slots higher in your homescreen app tray.

Microsoft's promotional press release says that the first 100,000 users who access OneDrive after the switchover will get a roomy 100GB of extra storage space for a year, free of charge. Just log into OneDrive on the web or via the app, and Microsoft will email you if you're among the lucky winners.

REDMOND, Wash., Feb. 19, 2014 /PRNewswire/ -- Microsoft Corp. announced Wednesday the global availability of OneDrive, its free, personal cloud storage service. Formerly known as SkyDrive, OneDrive gives people one place to store important photos, videos and documents that is accessible on the devices they use every day. The new OneDrive offers a host of new features, including improved video sharing and newly updated apps for Windows Phone, iOS, Android and Xbox. To celebrate the launch of OneDrive, Microsoft is giving the first 100,000 customers who access their OneDrive account after the launch an additional 100 GB of complimentary storage for one year (customers will receive a notice if they are among the lucky 100,000). Customers can monitor https://twitter.com/OneDrive for the announcement of the start time for this promotion.

According to a recent Microsoft-commissioned online study,** at least 77 percent of cloud-familiar consumers have content stored on a device that is not backed up elsewhere, and 69 percent would rather lose the device itself than the content that's stored on it. With OneDrive, people don't have to make that choice. OneDrive offers 7 GB of free storage — the equivalent of more than 7,000 photos — so it's easy to make sure photos, videos and documents are always accessible.

"When someone picks up their phone, tablet or any other device, they just want all of their favorite photos and the documents they need at their fingertips — they don't want to have to hunt for them," said Chris Jones, corporate vice president, OS Services, Microsoft. "That's the lens we are taking with OneDrive. We're building it right into all of the latest Microsoft devices and services — from Xbox to Windows Phone and Windows 8.1 to Office — but we're also making sure it's available on the Web and across all other platforms including iOS and Android, so your photos, videos and files are all available anytime you need them."

New features that accompany the availability of OneDrive include automatic camera backup for Android — making it easier than ever for customers to get their photos from their Android phone to their other devices — and video transcoding — making videos as easy to store, view and share as photos.

OneDrive is free for customers up to the first 7 GB of storage; customers also have the option to purchase storage in 50GB, 100GB and 200GB increments. Current customers will be able to use their existing SkyDrive credentials to access their files in OneDrive. In addition, current customers who refer friends can receive up to 5 GB of free storage (in 500MB increments) for each friend who accepts an invitation to OneDrive. Customers can also receive 3 GB of free storage by utilizing the camera backup feature. More information on OneDrive can be found at http://www.onedrive.com.

Founded in 1975, Microsoft (Nasdaq "MSFT") is the worldwide leader in software, services and solutions that help people and businesses realize their full potential.