Peanut butter and jelly – these things go together. Bert and Ernie? Same deal – they just work together. An e-cigarette and Bluetooth? Well, that's a tougher sell. The folks at Supersmoker think they're on to something, though. The new Supersmoker Bluetooth pairs with your phone to act as a speaker and Bluetooth headset, except it's in your mouth. The promo video is pretty weird too.

This contraption does the usual e-cig things with vaporizing nicotine solutions, but only one of the buttons controls that. The others are for pairing your e-cig with a smartphone, answering calls, and controlling music. There is a built-in mic and speaker, so you can answer a call without touching the phone. The same goes for listening to music streamed wirelessly. Would someone actually do this? Well, people have done stranger things. 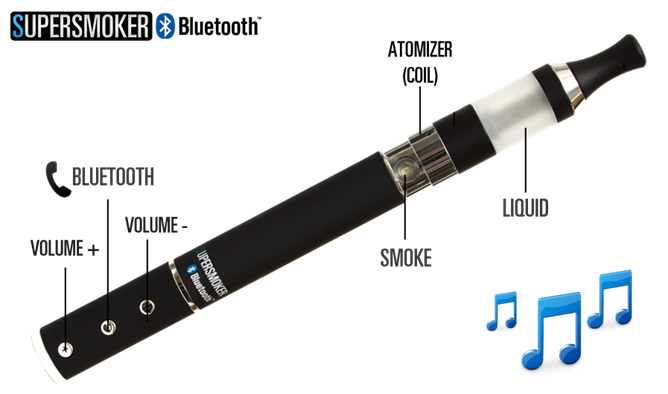 The Supersmoker Bluetooth costs € 79.95, but the order page is all in Dutch. It might be a bit of a hassle to order, but nicotine and Bluetooth can drive people to do crazy things. They say necessity is the mother of invention, but I feel like necessity gave this one up for adoption.

Samsung Set To Unveil Exynos Infinity At Mobile World Congress, Could Be A 64-Bit Processor