The Galaxy S5 may or may not be coming to Samsung's Unpacked event in Barcelona, but reliable leak source SamMobile thinks it is. The specialist site is reporting a series of leaks for the camera in Samsung's next flagship, starting with its sensor, a new 16-megapixel module. That would give the S5 more photo fidelity than the current Galaxy S4 and Note 3, but still it would still lag behind Sony's best-in-class 20.7MP sensor. 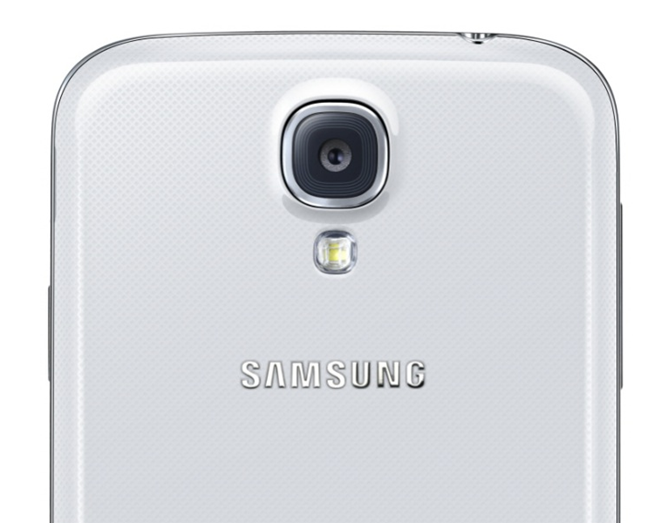 Even more interesting: SamMobile reports that the Galaxy S5 will use a dedicated shutter button, a rare sight on modern smartphones (unless you count Sony's hardware and Samsung's own Galaxy S4 Zoom). Apparently it will be a nearly invisible "side touch" button, which is described like a capacitive button (like Samsung's standard Back and Menu keys) which is only enabled when the camera is in a landscape shooting position. The reported sensor would be able to shoot 4K video resolution at 30 frames per second and standard 1080P HD videos at a full 60 frames per second, with manual ISO ratings ranging from 100 to 800.

The camera software will reportedly feature more than two dozen shooting modes, ranging from the typical Sports and Night modes to more esoteric functions like Golf and Drama. Specialty modes include a selfie-friendly Auto Portrait (rear camera), Dual Camera (recording photo and video with both cameras simultaneously, for some reason), Focus Effect (fake depth of field), and Sound & Shot (take a photo with a few seconds of audio). These seem a little out there, but if anyone would throw them in with standard camera modes, Samsung might. A standard collection of filters will be pre-loaded, with even more filters for the default camera/gallery app available for download.

None of this information has been verified, but it seems like a logical progression for the Galaxy S5. We'll see if it's right - or not - on Monday, February 24th.

BitTorrent App Updated To v2.0 With A New UI And Better File Management

[LOLWUT] Supersmoker Bluetooth Is An E-Cig That Pairs With Your Phone To Take Calls And Play ...