Adaptxt 3.0 isn't ready for the big league yet, but a beta is available that's introducing some rather intriguing functionality. Most interesting, it gives users the option to have the keyboard's built-in dictionary auto-populate itself with nearby street names, relevant addresses, and nearby landmarks. Of course, this somewhat creepy feature is optional, and typists who don't trust it can choose to manually save addresses instead. 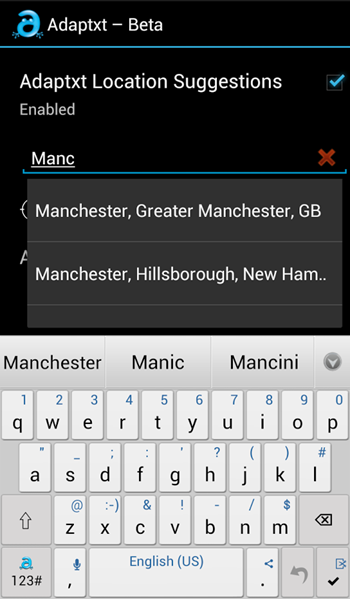 The beta's available in the Play Store now, but you have to jump through a few hoops first to get your hands on it. If you're location-sharing squeamish, then there isn't much to see here. But for anyone interested, you just need to join the Adaptxt 3.0 Beta Google+ community and hit up the download beta link provided. 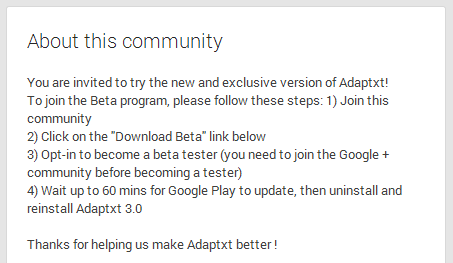 If you rather play it safe, the stable version is available below for both smartphones and tablets.