Google Fiber coming to your city, with its promise of gigabit Internet speeds up to 100 times faster than what most of us currently put up with, is about as awesome as winning the lottery often enough to buy Time Warner Cable yourself and using all of the company's resources to funnel a connection to your house and yours only. Thus far the service has only appeared in a few parts of the country, namely Kansas City, Austin, and Provo. Today Google has announced that Fiber may be heading to 34 additional cities spread across nine metropolitan areas. 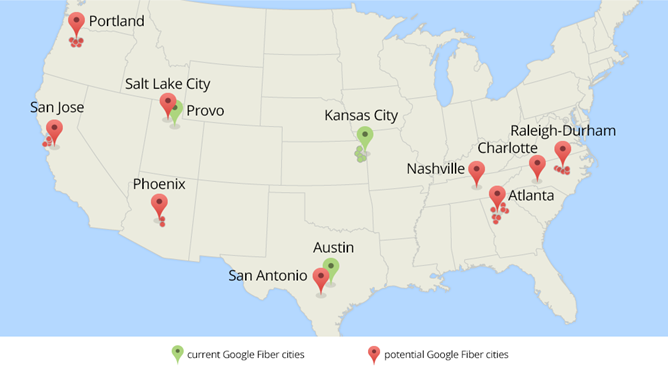 Everyone, be jealous of people in:

I say may because none of this is set in stone. Google has to work with city leaders to assess each area's potential challenges and ways to utilize existing infrastructure. Any number of things could potentially prevent a market from eventually getting Fiber. Hopefully, at the very least, this will put pressure on other regions and companies to up their game. Adaptxt 3.0 Beta Adds Street Names, Addresses, And Nearby Landmarks To Your Keyboard Predictions