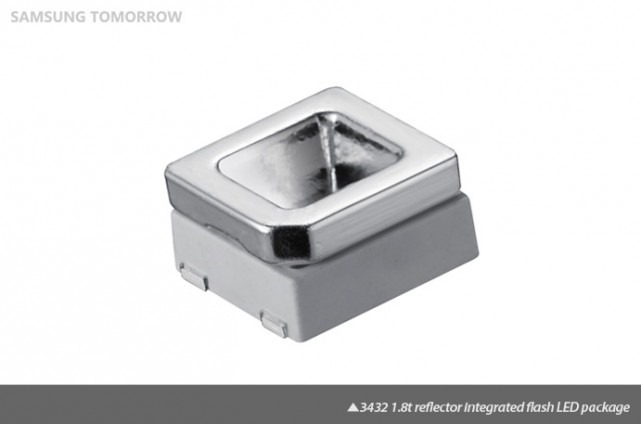 Of the latest LED mobile offerings, Samsung’s new reflector-integrated flash LED ─ the 3432 1.8t (FH341A) delivers over 165 lux at 1A and a minimum CRI (Color Rendering Index) of 80, assuring quality photos in daylight and at night. In recognition of such superb performance levels, the 3432 1.8t will be used in the next Galaxy smartphone, which is expected to be introduced later this month.

"The next Galaxy smartphone" could, of course, mean any number of devices when you're talking about a company as big as Samsung, but the Galaxy S5 springs to mind. Samsung has already scheduled an "Unpacked 5" event for this coming Monday, the first day of Mobile World Congress, and the Barcelona event is mentioned elsewhere in the Samsung Tomorrow post. That's about as much speculation as we're going to put here - after all, Samsung could be talking about a new Galaxy Ace or something.

The five new flash modules have a wide range of thickness and light capacity, and they'll go into mass production starting in March. They are expected to appear in consumer products from Samsung and its hardware partners in the second quarter.

[New App] Meet Me Halfway Lets You Meet In The Middle 'Neath That Old Georgia Pine (Or Anywhere ...