Update: While the app is no longer behind the Play Store beta wall, Opera is apparently waiting before they throw the switch. The Opera blog post said access to the general public was first come, first serve, but there's a waiting list in the app right now. Opera is allowing everyone access, but it's happening slowly, probably to manage server load.

Unlimited data is becoming a rarity these days, so you might need to watch your usage more closely. Opera Max is a tool that could help you stay under that cap. This app routes all your non-encrypted data through Opera's servers to compress it by up to 50%. Opera Max used to be available only through the Play Store beta program, but now it's wide open. 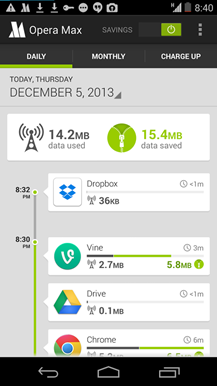 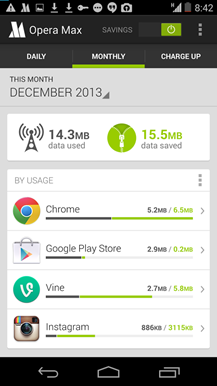 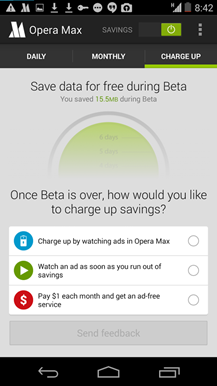 Opera Max has a slick interface with a timeline showing you which apps saved you data and how much was saved. You can also disable compression as needed. Video and images will make up the bulk of your savings, and the difference in quality isn't too bad. Video gets a bit pixelated, but that's the price you pay.

The app was free in the opt-in beta period, but now that it has opened up the subscription is probably going to take effect soon. You can either view ads to "charge up" Opera Max or just pay $1 per month for unlimited usage. Enjoy the free period while it lasts.