An international mega-corp like Google buys companies like the rest of us buy coffee. Google's latest latte is SlickLogin, a startup that aims to make authentication simpler and safer by using sonic login codes on phones. The details of the purchase aren't public just yet, but SlickLogin's site confirms that "the [team] is joining Google." 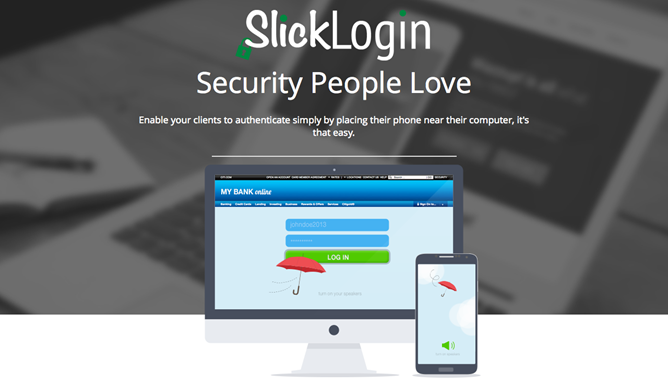 SlickLogin's system is unique: it uses a cell phone as an authentication key with the help of nearly-silent audio codes sent via computer speakers. When you access a site or service with SlickLogin, your computer speakers send out a series of tones and pitches. Your phone picks up the nearly inaudible signal, then confirms the code with SlickLogin's servers. No passwords are necessary. This creates a very basic login system that's almost entirely passive once set up. SlickLogin has been featured at startup events and partnered with at least one bank for a proof-of-concept, but the website doesn't show any active partnerships. TechCrunch has more information and a video on SlickLogin from Disrupt 2013. The company's contact information is being forwarded to Google's Tel Aviv office.

The application for Google's own services is obvious. A seamless way of logging into existing services (and/or making them more secure with an easy two-factor authentication system) could be a big boon. Then again, this could always be a talent buy or "acqhire" of SlickLogin's three founders, all veterans of the Israeli Defense Force's cyber security team. At the moment it isn't clear whether or not SlickLogin will continue to operate as a separate entity a la Waze, but considering the company's relatively small size and reach, I wouldn't bet on it.