Welcome to the latest entry in our Bonus Round series, wherein we tell you all about the new Android games of the day that we couldn't get to during our regular news rounds. Consider this a quick update for the dedicated gamers who can't wait for our bi-weekly roundups, and don't want to wade through a whole day's worth of news just to get their pixelated fix. Today we've got not one but two action-RPGs and an adapted board game. Without further ado:

What's this? An anime-style action-RPG with full 3D visuals and movement? Indeed, Brandnew Boy (which I suppose is a better title than "Cliché Amnesiac Anime Savior") seems like a surprisingly polished little brawler built on the Unreal engine, with enough energetic style to tide over the most ardent console gamer. Cell shaded visuals and a quick battle system, not to mention a fully-fleshed out story, make the game worth the $4 admission price... if you can stomach pushes for in-app purchases after that.

Rookie doesn’t know who he is, or how he got here, but one thing has been made terribly clear: he’ll have to fight to stay alive if he wants to find out. Brandnew Boy is heart-stopping, breath-taking 3D combat adventure built on Unreal Engine 3 for an unbelievable iOS action experience. Stranded this strange and sometimes beautiful place, “Rookie” finds he has limited time to contemplate his circumstances. The natives are bloodthirsty, and Rookie seems to be the only thing they think will quench that thirst. 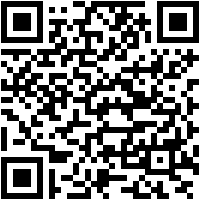 Action-RPG fans, your cup runneth over today. Honorbound takes a more mobile-focused approach than Brandnew Boy, with more conventional 2D fighting, standard upgrades, and monster battling (but with a mostly western feel). The 2D art is sharp and colorful, which is good, since it's all you're getting - there isn't much in the way of a story beyond clearing out lots of dungeons. Honorbound is free with in-app purchases.

Lead your army to victory. HonorBound is an epic FREE RPG. Choose your squad as you battle and collect 100’s of heroes. Challenge 1000’s of players in the Arena. Take control of the battle as your heroes come alive. Choose your style of play in the deepest game out there. Easy to pick up, impossible to master. Strategize on your squad's composition of classes and take tactical control of the battle with powerful abilities. Your heroes come beautifully to life on fully animating rigs. I don't know if Power Game's claim to be "Ireland's best-selling board game" is true or not, but fans of simple games like Reversi and Go should be well served by its mechanics. The object is to use a series of gears and pegs to both build the biggest simple machine and outmaneuver your opponent. It's pretty basic, but it includes Facebook integration and online play. It's two bucks plus in-app purchases.... which aren't the best mix with a multiplayer title.

Do you like Chess, Want a challenge. Here is a game that is a lot easier to learn. Having originally begin designed in 1972, it has got a complete reboot for 2013 and Android. Ireland's best selling board game has come to Android phones and Tablets in HD. The game was a hit in my other countries, it was often called Turn. Selling in excess of 10 million copies worldwide, it was considered one of the best selling strategy board games. 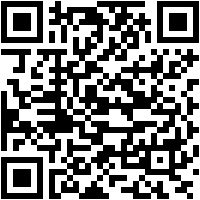