More than two years after the Holo visual style became standard, there are still quite a few major apps and publishers that aren't on the trolley. Plenty of eager graphic designers have submitted visuals for Holo versions of these apps, but the two-man team at Holofication Nation has gone further: they've actually remade the apps themselves. If that's not enough for you, they've also released an official HN app to the Play Store, making it easy to download and update these unofficial app mods. 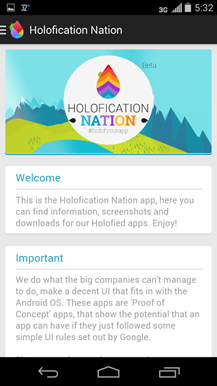 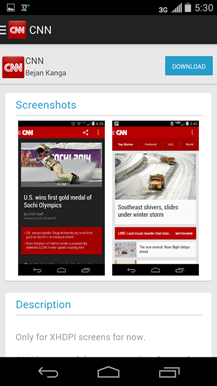 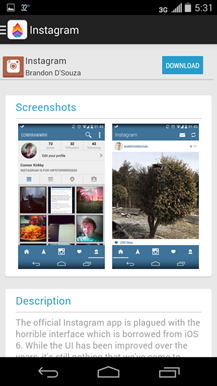 All the apps in the Holofication Nation library are modified versions of free apps, so there's nothing untoward about downloading them. (The services' copyright lawyers might have something to say, but I doubt any of them are aware of the HN apps, and probably wouldn't care if they were.) The team is targeting well-known apps with non-Holo user interfaces and large userbases. At present they've re-skinned just four apps, Instagram, Grooveshark, CNN, and Steam. Don't hold it against them - they're a small team doing a big job, and more apps are coming. There are a few restrictions; CNN will only work on devices with XHDPI resolution, for example. 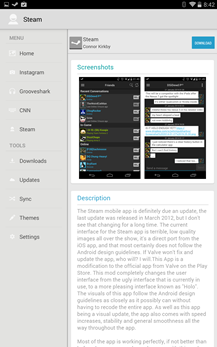 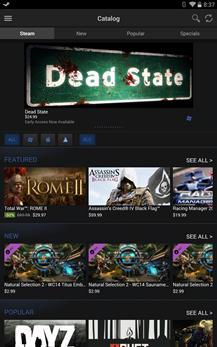 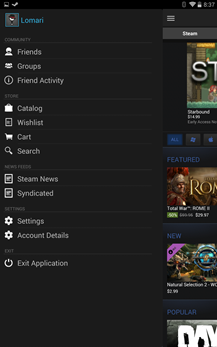 You'll need to uninstall the Play Store version of the relevant apps to get the Holofied version, and of course, you'll have to wait on HN to issue updates to any of the apps you install. Once you've got everything set up and sync enabled, the apps should update automatically. Their modified apps looks pretty good for unofficial work. If you'd like to contribute or comment on Holofication Nation's progress, be sure to catch up with them on XDA or on the Google+ Community. There's also a dedicated Holofication Nation website.

Heads up: This app installs unverified versions of apps on your phone or tablet, some of which have access to your login information for various websites and services. I don't think there's anything duplicitous going on here, but there is at least some risk with all non-Play Store installs. Make sure you trust any apps that you install manually.

Google Acquires SlickLogin, A Sound-Based Password System That Uses Your Phone For Authentication