You know how this goes - new software is sent out for a Nexus device, so posts on the Google factory image and binary repositories aren't far behind. The Nexus 7 LTE is the only Google device that's had an OTA update for a while, so today's additions are small: a single file on the Factory Images page and three binary files for the various hardware components. 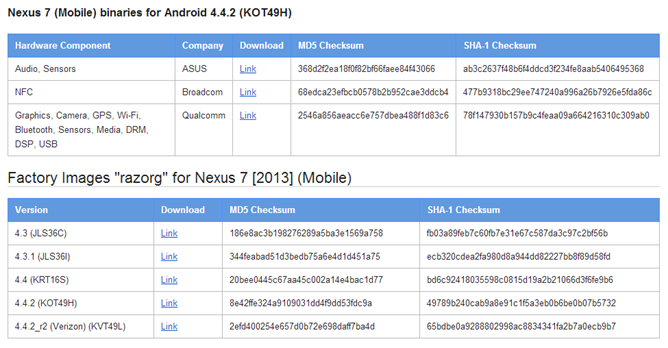 Google was kind enough to label them "Verizon," in addition to the standard KVT49L label for Android 4.4.2. Presumably custom ROM makers will update to the new binaries in order to assure more complete compatibility. The software image itself doesn't contain much more than a new edition of the baseband radio. That's about it, really. Have fun, developers.