It took a few months longer than everyone was hoping, but Verizon is finally supporting the 2013 Nexus 7. Big Red is even selling the device, if you don't want to get it from Google Play for some reason. However, the pricing isn't awesome. Verizon wants $249.99 for the Nexus 7 with a 2-year contract. 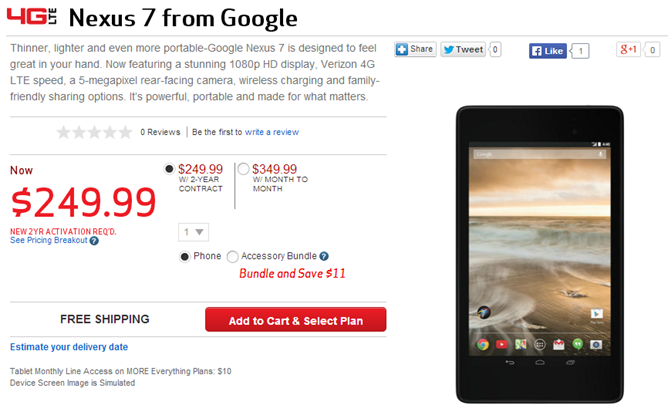 The off-contract price of the LTE Nexus 7 is $349.99, which is the same as the Google price. $100 off for a 2-year contract seems ridiculous, especially as contracts are increasingly falling out of favor. At least the off-contract price from Verizon hasn't been bumped up at all.

This is the same device you'd get from Google Play, except it has a Verizon SIM instead of AT&T or T-Mobile. Although, the Verizon description incorrectly says the Nexus 7 has a 1080p display – it's actually 1920x1200. Close enough?

Wallaby App For Google Glass Will Tell You Which Of Your Credit Cards Will Have The Best ...