Most importantly, today's update finally adds the ability to manage and deauthorize devices without having to go to the web interface - a feature we've longed for ever since discovering the 10-device limitation. While 10 devices may seem like a lot, once you factor in a few rounds of phone upgrades, various tablets lying around the house, and Google TV, you may just find yourself running into the limit soon. I know I already have numerous times in the past. 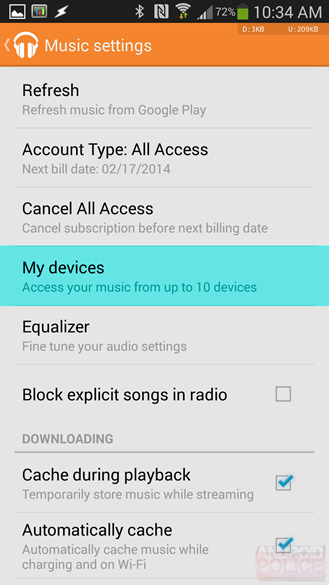 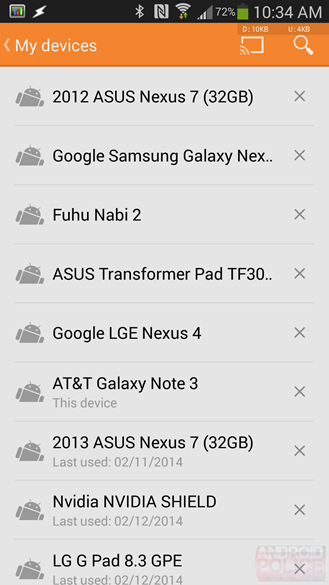 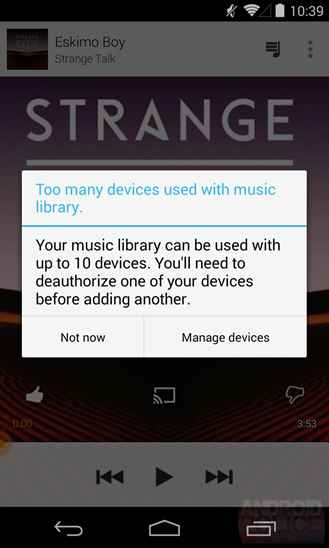 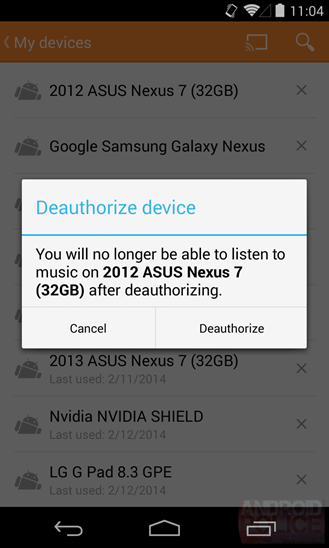 A pretty big addition to Play Music 5.4 is the ability to pre-cache entire radio stations for offline playback. A new option called Keep on device, previously not available for radio stations, is now available from the contextual menu. 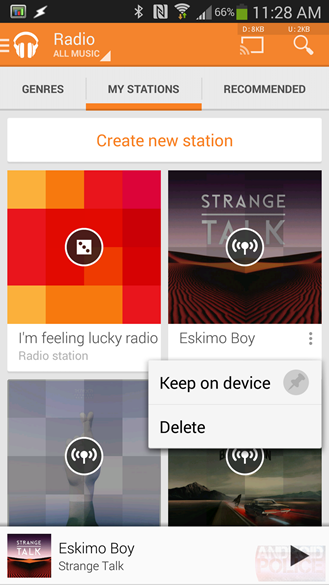 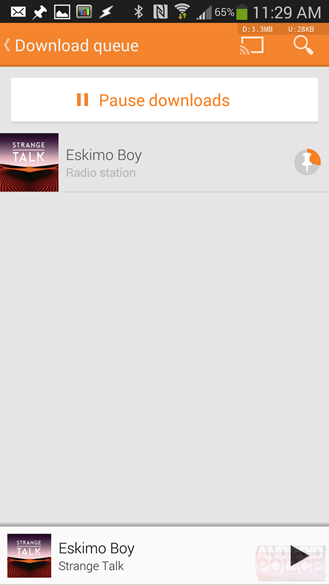 Another new option to trigger a refresh of your music from the cloud has been added to the settings. 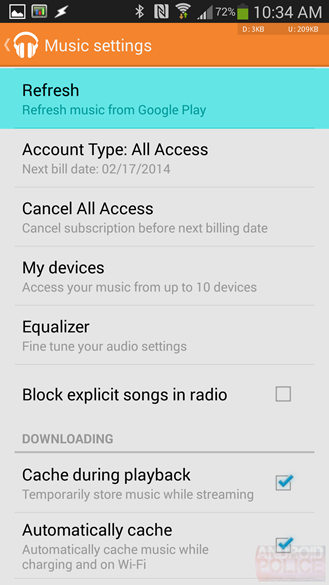 Remember the annoying issue with duplicate Chromecasts showing up in the Cast menu? Well, it's been brutally murdered. Yay! 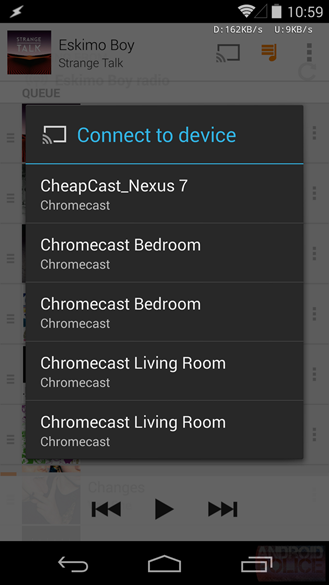 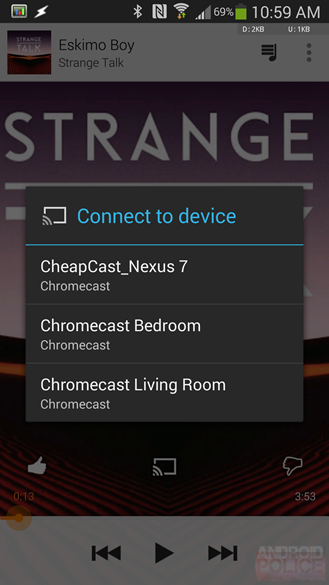 A Play Next button has been added to songs and albums so that you can more conveniently play stuff you want without clearing the playlist or dragging stuff around. Just hit Play Next, and your playlist will be updated immediately. 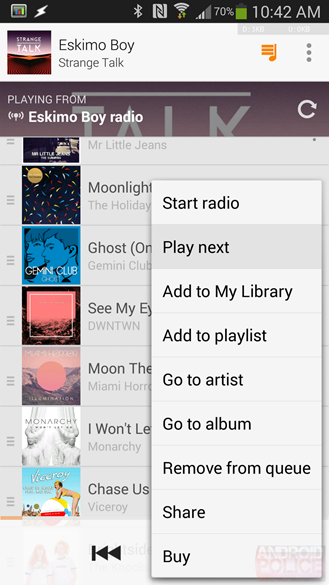 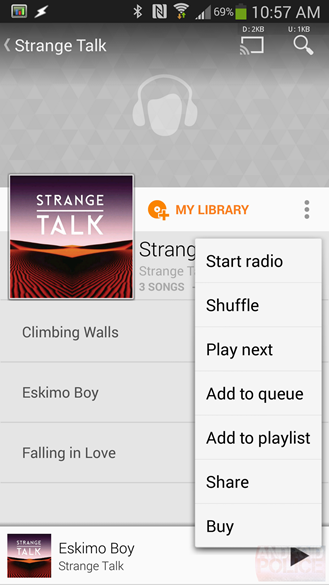 New location for the Cast button

The Cast button has been relocated to be much closer to where your fingers usually hang out, i.e. bottom of the UI. It's now reachable even on large devices. 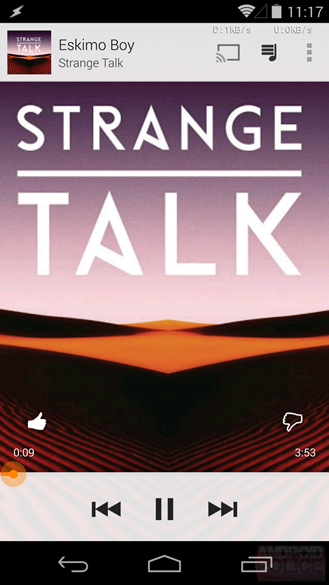 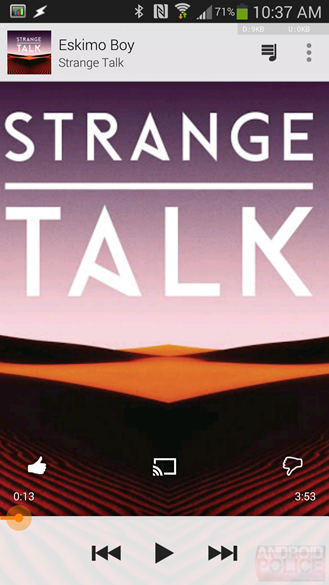 More options in the sidebar

The sidebar now has a more convenient access to the app's Settings, Help, and Send Feedback. Previously, you needed to use the Menu or overflow buttons (depending on your device) to access Settings, for instance. 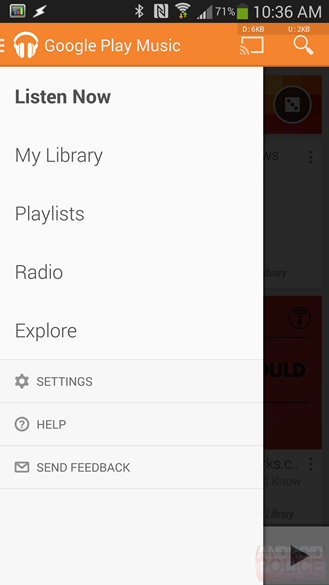 The Playing From bar in the playlist now floats. It existed previously but scrolled away as you went down the list. This bar tells you what radio or album the current song is playing from, which I find quite handy. It also lets you reshuffle upcoming songs when playing a radio station. 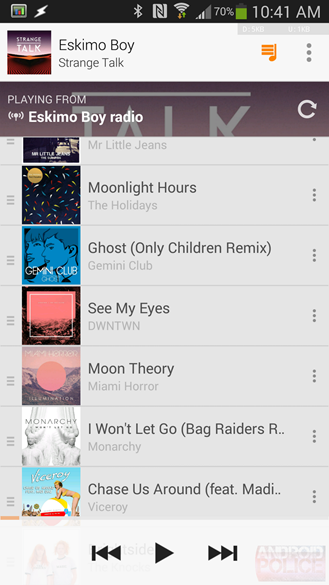 In addition to Play Next, Shuffle has been added to albums and radio stations in Listen Now (thanks, miri!). 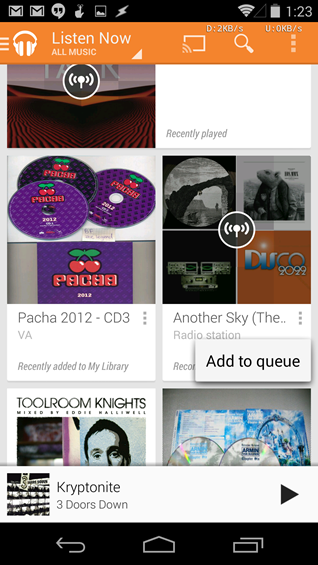 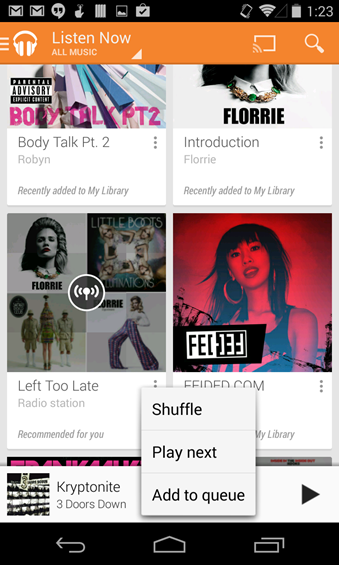 The last several versions of Play Music were force closing nonstop for me. So far, version 5.4 hasn't crashed, which seems to indicate the bug was fixed. Sweet! 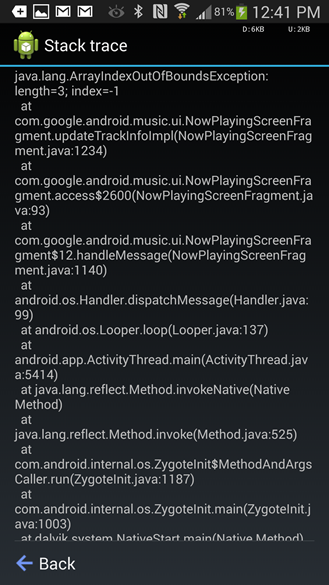 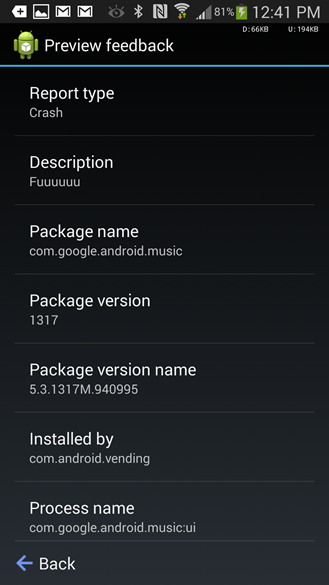 Have you found anything I missed? Drop a line in the comments and let me know.

Hands On With Blu's Life Pure Mini: A Decent Mid-Ranger With A Simplistic Interface