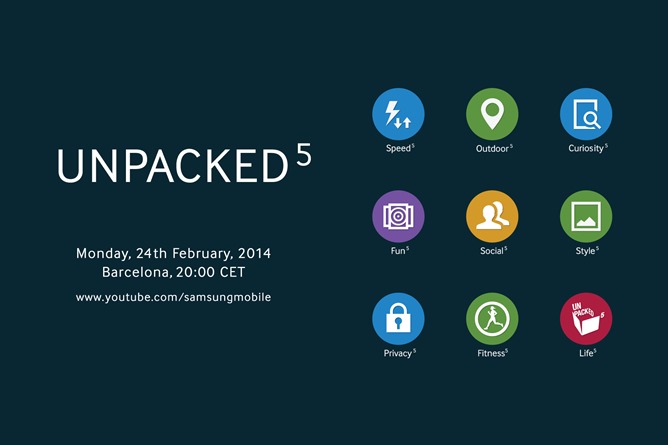 The new invitation image includes nine generic app-style icons, all with a "5" superscript. I suppose it shouldn't surprise anyone that Samsung has a little trouble when it comes to subtlety - at this point they're practically broadcasting "Galaxy S5" at their intended audience. The event is on Monday, February 24th, and as with most of Samsung's consumer-focused live events, it will be broadcast on YouTube.

The last line of the Samsung tomorrow announcement pokes fun at the heavy speculation before any technology event, quoting Danish physicist Niels Bohr. For some reason.

Prediction is very difficult, especially if it's about the future.

Okay? Maybe the company is going to release the world's first quantum smartphone - it will be able to tell you where you are, or where you're going, but not both. Awkward quotes aside, it's clear that Samsung wants people to pay very close attention to its pre-Mobile World Congress presentation. As if we needed to be told.