At least once or twice a year you hear about some desperate and/or stupid person who decided to be their own doctor, suturing their wounds with staples or fishing wire in lieu of an emergency room visit. If that sounds like fun, then Amateur Surgeon 3 from the quirky folks at Adult Swim is right up your artery. This is an Android release of a Flash and iOS game, not to mention a gruesome and sarcastic take on the old 'Operation' idea. 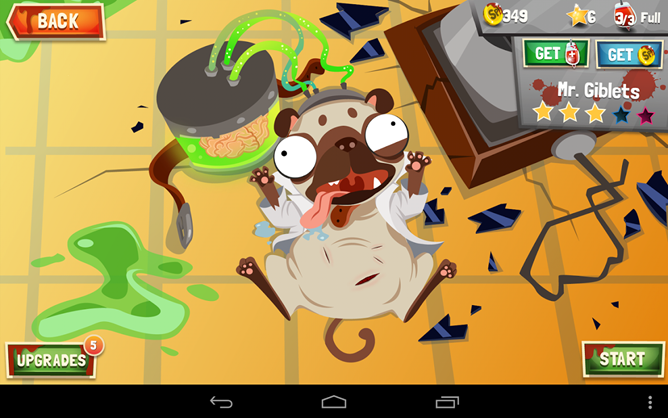 In the second sequel to the original Flash game, you play Ophelia Payne, a rookie surgeon who has access to some unconventional medical tools. These include chainsaws, pizza cutters, car batteries, handheld vacuums, and other cartoonishly garish analogs of surgical implements. There's a story that runs through the game, including a tag-team element with a Frankenstein pug, an animated crash test dummy, and your trusty mentor, who makes Doctor Nick Riviera look like an ER mastermind. Perform actions "correctly" and you'll power up your tag-team abilities.

The previous Amateur Surgeon games have been released on Android, but have been given generally poor reviews. This is the first one that's being published by Adult Swim, and as an Android developer they've generally been pretty reliable. It's a free-to-play game with a currency and time-based IAP element, but you should be able to get through the main story without spending any money. 20 levels and eight surgery partners should hold your attention... especially if you've got no aversion to using a Zippo as a cauterizing tool.

Surprise: Google Has Cleared Themer To Reenter The Play Store, Should Be Live In Mere Hours