Ever since Google Now became a thing, Search has been the go-to voice command hub for all of Android. There has been one nagging issue, however: when using a Bluetooth headset, a long-press of the action button would bring up the tired old Voice Dialer, which is essentially useless for anything other than making a call. What if I just have to know how tall Joakim Noah is while out cycling. What am I to do?! I can't just stop – that's absurd. (He's 6'11" by the way.)

Fortunately, Google fixed this issue with the most recent Search update (version 3.2). Now, on most devices, a long-press of the action button on a Bluetooth headset brings up the "Speak Now" interface. Excellente. 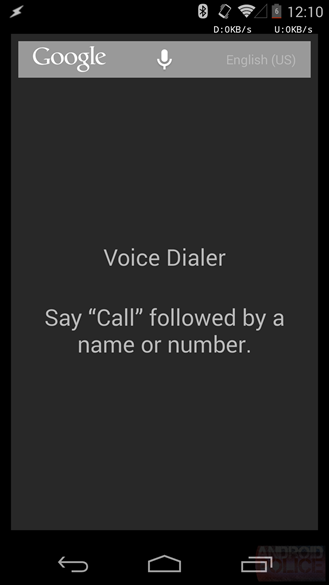 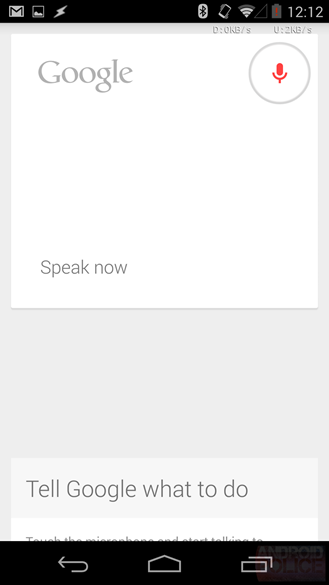 Notice earlier I said "most devices?" Well, that's because Samsung devices still call for S Voice. No surprise there – Samsung is quite proud of its apps. Everyone else, however, should get Google's interface. Hopefully, anyway.

Update: If you disable S Voice by going to Settings -> General -> Application manager -> All -> S Voice -> Turn off, Google Voice Search will start popping up correctly (thanks, Justin Myers).

If you still don't have the update, you can snag the download from here. Enjoy all the new goodies.