Smartphones are convenient, but keeping them charged is not. Charging cables get tangled easily and, despite being lightweight and portable, aren't all that useful on the go. External battery packs can provide a ton of juice when away from a power outlet, but if you forget to keep them charged, you might as well leave them at home. The JUMP Kickstarter project alleviates this issue by combining the two. Now your smartphone cable can double as your external backup battery.

The idea is pretty straightforward. JUMP plugs into your phone and a computer just as a regular cable would, transferring current from one device to the other. Once the phone is fully charged, JUMP then starts to charge itself instead. 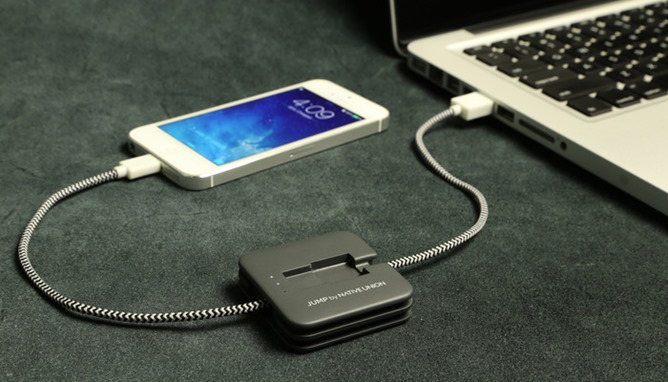 All of the photos show the JUMP working with the iPhone, but there's also a micro USB version available for the same price. Anyone interested just has to toss in $40 to call dibs on either version. 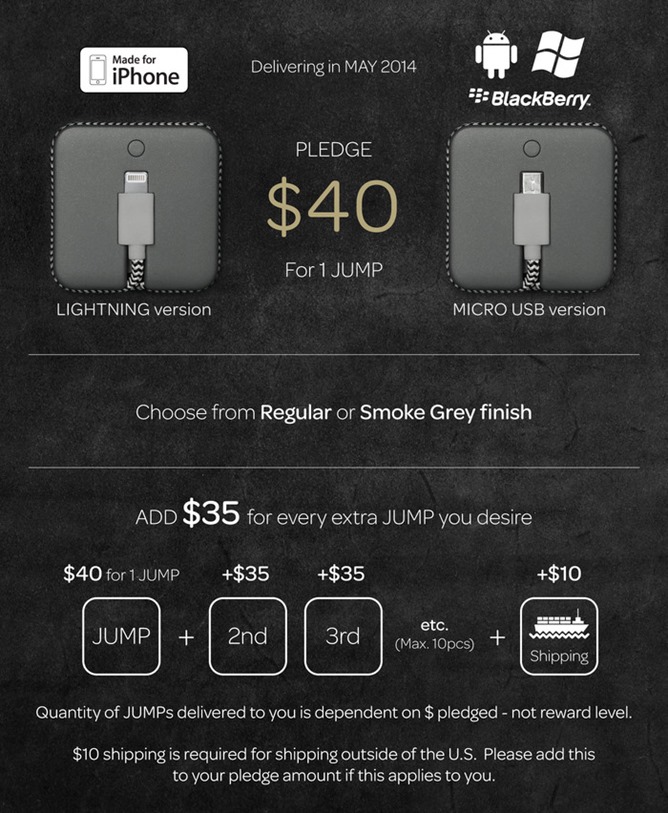 Before you throw your money at the project, here's the downside. JUMP's batteries only have a 800mAh capacity. That's roughly enough juice to recharge 1/3rd of a typical high-end phone. It could get you by in a pinch, but you might want to bring along another external battery to keep it charged once its kicks the bucket.

JUMP - The Smartphone Charger That Charges Itself

The Moto X Android 4.4.2 Rollout Is Starting With The T-Mobile Version Following A Successful ...