Many Android users have dreamed of owning a Nokia-manufactured phone running their favorite mobile OS, and that day may arrive sooner than they expect. According to a story recently published by the Wall Street Journal, Nokia plans to release a phone running Android later this month, possibly unveiling it at this year's Mobile World Congress in Barcelona. The story doesn't contain any photos of the upcoming handset, but here is an image that @evleaks shared just over a month ago. 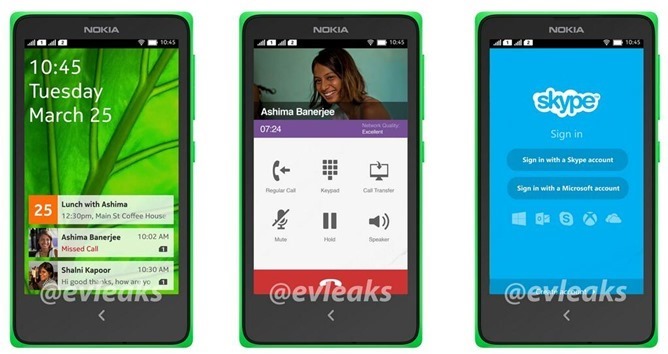 The article repeats much of what we've heard before. Even though the low-end device runs Android, it has been heavily customized so that it only slightly resembles competing devices, so much so that it doesn't come with access to the Play Store. Yes, you read that right. Instead the device will come with apps and services created by Nokia and Microsoft, along with a separate app store offering Android apps.

The plan here is for Microsoft to increase hardware sales volume without tying customers to Google services. This way the company can help support the cost of combatting Apple and Google in a field where its own operating system frankly isn't that competitive. It remains to be seen if this approach will work. After all, Microsoft may want this device to succeed, but only so much.