If you're not quite brave enough for nightly builds, but aren't content to wait around for stable ones, CyanogenMod's M builds might be just right. Today you can grab the latest M3 build of CyanogenMod 11 (KitKat) straight from the source. It isn't available on every device quite yet, but it's only a matter of time. 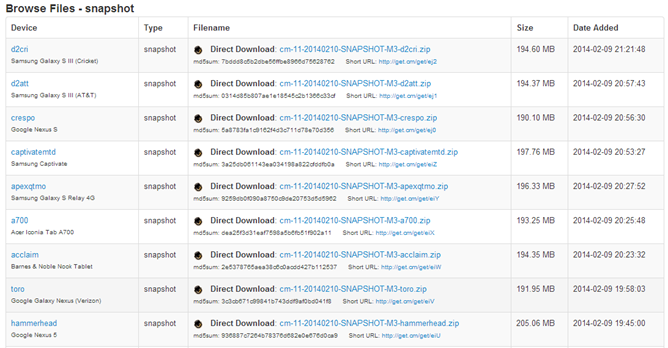 The M builds are "snapshots" of the ROM that are released about every month. There are fewer bugs than nightlies, but the polish from a release candidate or stable build might not be there. Although, CM's M builds are sometimes better than the stable versions of some other ROMs. In general, you shouldn't have any showstopping issues running an M build, and it's a hell of a lot faster than waiting for a stable release.

M3 is already live for devices like the Nexus 5, Nexus 7 (2013), and LG G2. Other devices are likely to be added, so check back if your phone or tablet isn't live yet. Don't forget to grab the updated Gapps package and, for goodness' sake, back up before you flash things.

Update: The CyanogenMod blog has been updated with details on the M3 build. M3 includes an updated version of the Trebuchet launcher based on Android 4.4 Launcher3 code. There are also some user experience tweaks, the auto-start tweaks, some additional transparency support, and more. Check out the post for all the deets.