Chromecast streaming is all the rage right now, but BubbleUPnP has been reliably streaming local audio and video to compatible devices like the Xbox 360, PS3, XBMC, or any Universal Plug and Play or DLNA devices for months. Today the app has been updated with a special treat for root users: an "Audio Cast" mode that expands BubbleUPnP's streaming capability to include most third-party apps like Spotify or Google Play Music. Check out the demonstration below:

With the Audio Cast feature, BubbleUPnP can stream nearly any audio (local or otherwise) to a wide range of receiver hardware and software. If you're a home stereo buff, this is a big deal - it's a viable alternative to Bluetooth or wired playback. Unfortunately you'll need root to enable Audio Cast, and the popular Xposed Framework tool as well. You don't need to download an extra module - the Xposed module for Audio Cast is included in the standard BubbleUPnP app.

According to the developers, the Audio Cast function will soon be expanded to include Chromecast as well (though by then most of the applicable music apps will probably already support the Chromecast anyway). BubbleUPnP is a free download with a 20-minute streaming limit, which is removed by the $4.69 upgrade version. 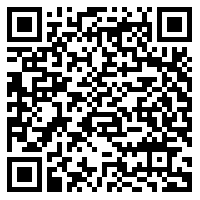