The trend with external batteries is to make them smaller and more portable while packing in as much capacity as possible. The new second generation Anker Pro2 doesn't so much eschew that trend as it takes the capacity thing way to the extreme. This external battery has a whopping 20,000mAh capacity, which obviously impacts the size. Still, it's somewhat slim for having so much juice. Should you make the room?

The Anker Astro Pro2 is not as svelte as many of the external batteries out there – you're not likely to haul it around on a daily basis. However, it's still pretty portable. If the measurements above don't quite get the point across, the Anker Astro Pro2 has a surface area slightly larger than a short mass market paperback book. The battery is hefty, weighing a little more than a pound, which means it's quite dense for the size. 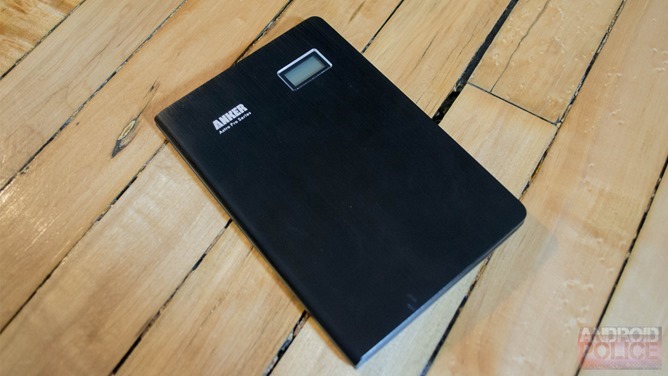 On the front is a small monochrome LCD screen that shows you the current charge level when the battery is switched on. On the left side is the single button to operate the device, which is clicky and easy to find by touch. On the top edge are three smart USB ports that will automatically output the maximum current for the device plugged into them. There is also a DC in for charging the battery (via the included adapter) and a DC out for charging non-phone devices. 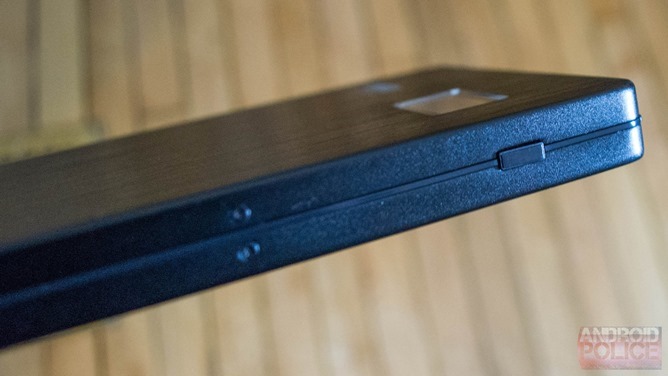 There are a dozen small torx screws flush with the surface of the brushed aluminum housing holding the whole thing together. It feels like a really premium product.

To start charging a USB device, just plug it in and turn on the battery with the button on the side. The phone or tablet should charge up normally and then trickle charge to stay full. When you disconnect, there is no way to turn off the charger immediately – it just goes to sleep after a few minutes. This setup usually works just fine, but I've found that some very low drain devices (I tested with an old MP3 player) won't trickle charge like you might expect. There isn't quite enough draw for the battery to know it's still connected and it eventually goes to sleep. This isn't an uncommon issue with external batteries, so not really a deal breaker.

The DC out is a cool feature, and one you don't see very often. The Anker Astro Pro2 can output 9v or 12v, which you can toggle by long-pressing the power button. This allows you to juice up many tablets and other small electronics (like routers or cameras) that run in that voltage range. You'll need to pick up a set of adapters to make the most use of it (it only comes with one DC output cable), but it's a nice extra nonetheless. Charging the battery itself via the included DC adapter is fast (about 4-5 hours for a full charge), but the tradeoff is that you can't just attach it to a microUSB to juice up like you can smaller batteries.

So, what about charging speed? The Anker Astro Pro2 claims it can output 4.5A of total current to connected devices, which should be able to match a wall charger easily. I found that the Anker Astro Pro2 does get pretty close to that, even if you have three devices plugged in and charging. With just a single phone or tablet plugged in, there's no question it's at least as good as a wall charger. The average current drops off a tiny bit as you add devices, but I'm still impressed with the speed. 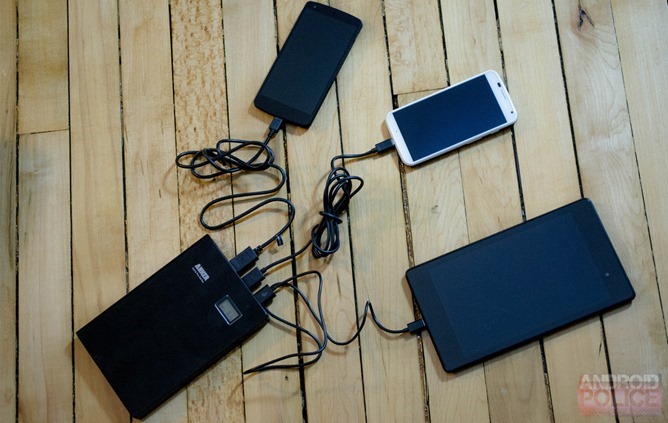 A 20,000mAh cell ought to be enough to charge a Nexus 5 about 8 times, but that's just a number. The efficiency of most external batteries is between 70 and 80% due to voltage conversion and circuit resistance. Some cheaper batteries are well below that mark, though. Astro says these second gen batteries are closer to the 80% threshold, and my testing agrees with that. It looks like the Anker Astro Pro2 gets very close to the 80% efficiency level, which places it at the top of the heap. The LCD screen is supposed to be more accurate (within 3%) with this new generation, and I suppose I believe that.

You're looking at $79.99 for this battery on Amazon, which, admittedly, is a lot for portable power. This isn't the product for someone who just needs a little extra juice on a short flight or to give their phone a little boost at the end of the day. This is a battery for a serious traveler, or for someone with three or four devices, some of which need DC input. The Anker Astro Pro2 also makes sense of you're sharing a battery with a few others. Maybe you can go halfsies on it. 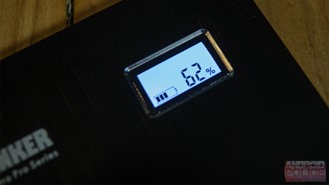 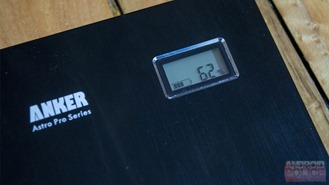 There is very little negative I can say about this battery. For almost all intents and purposes, it's a great unit. It charges devices very fast, has industry-leading efficiency, and seems very well-built. One of my few qualms is that the LCD seems a little underutilized – it could do more than just showing the charge level. I can see a few more icons in the LCD, but I can't for the life of me figure out how to make them do anything, and the manual was no help.

If you need a very large battery, this one should definitely be at the top of your list. There are some slightly cheaper alternatives, but you get what you pay for.