In a move that few would have predicted, YouTube for Google TV seems to have been removed from the Play Store. People who have downloaded it previously can still see its entry, but beyond that, it's as good as dead. Further, there appears to be no alternative app to replace it. That doesn't mean there won't be, though. It's possible that the primary YouTube app could be updated with Google TV support in the future, but without a confirmation from Google, all we can do is speculate at this point. 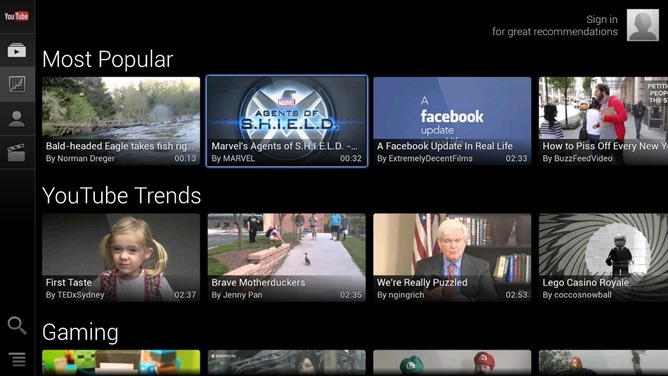 Historically speaking, the app was never updated all that frequently and the last update occurred almost nine months ago. While Google's TV platform has undoubtedly struggled to gain acceptance and find a foothold in the marketplace, I can't imagine it would kill an app for a product as popular as YouTube without a good reason. We've reached out to Google for an official comment, but as of the time of writing, our inquiries have gone unanswered.

[The Android Police Podcast] Episode 98: A Horse, A Goat, And A Car On Blocks