For those of you who don't frequent the PC gaming scene, Saints Row is sort of the madman's alternative to Grand Theft Auto. By the third installment the series had morphed into a pastiche of M-rated gaming in general and the open-world crime genre in particular. In between the insane missions and R-rated humor, you'll find a solid over-the-shoulder game with gags that should please those who are fans of the GTAIII era. As a bonus, the GRID version of the game includes all of the various DLC. Dead Island is a more conventional game, wherein you shoot zombies. On an island. That's pretty much it, but the game's visuals (streamed perfectly to the SHIELD's 720p screen) are a treat for shooter fans.

GRID is free to SHIELD owners while in the beta stage. Previously you had to be physically close to NVIDIA's nortnern California data center to try out the service, but it looks like they've relaxed that restriction a bit - I can access games on a Verizon LTE connection in Texas just fine. You will need a connection with at least 10Mbps down, 40ms ping or less to NVIDIA's server, and a 5Ghz Wifi router to try it out. Once GRID exits beta it will become a paid service, but so far NVIDIA hasn't indicated what kind of pricing structure it's planning. 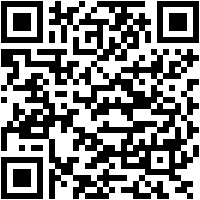