Minigore 2 arrived on Android a little over a week ago, but it was gone just days later after its ad practices were called into question. The game was basically requiring players to tap on ads to bypass mandatory wait times. It was a minor inconvenience, but a big fat violation of Google's ad policies. After a quick tweak, the game is back in Google Play under a new listing. 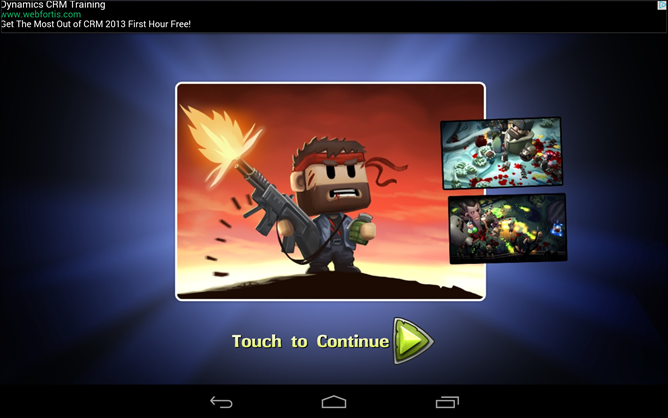 This game is free on Android and contains no in-app purchases – even now it is completely ad-based. As you kill zombies, the game rewards you with coins that can be used to buy upgrades. You can't buy bundles of coins, so no one should have lost any real money now that the old game is gone. However, your progress from the old version will be lost.

The change made to get in line with the rules was a minor one. When an ad pops up, you can tap immediately to skip it and get back to the game. There is also a small timer in the corner of the screen that tells you how much time is left until another ad pops – it looks like a 10 minute countdown. That's probably still more desirable than in-app purchases. [New App] Foodler Online Delivery Service Comes To Android, But Depending On Where You Live, ...

HTC Settles All Patent Disputes With Nokia (Read: Gives Up And Pays Out)