Companies file for new patents all the time with nothing ever coming of it, so Google's application shouldn't be taken as evidence that such a device is coming down the pipeline. Nevertheless, some concepts are just plain cool. Google has designed a computing device with dual e-ink displays that folds as though it were an actual book, according to a patent application that the US Patent and Trademark Office recently published. 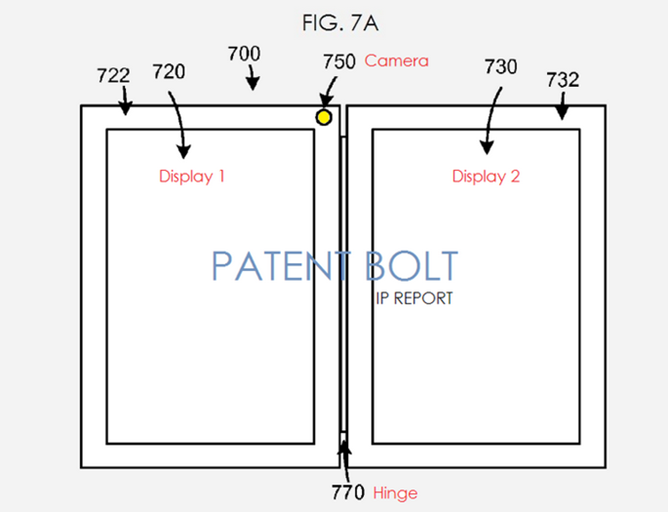 E-ink displays do an admirable job replicating the look of a physical page, but the shape of the e-readers they're attached to ruin the illusion. This proposed form-factor does more to imitate the traditional reading experience. Even better, the patent application also includes a camera that could monitor your eyes to see which screen you're looking at and whether the device should refresh the content on the other display.

Imagine this device with Play Books integration. Currently, people who want to read Google Books on a e-ink display typically have to jump through hoops to get them installed on Kindle, Nook, Kobo, or Sony readers that all tie into different marketplaces. This hypothetical product could remove that hassle.

But for now, it remains just that - hypothetical. Though the Patent and Trademark office published the application yesterday, Google applied back at the end of 2011. For context, that's around the same time the company released Ice Cream Sandwich. A lot of products have come out since then, but not something with a dual e-ink display. For now, avid readers, this remains little more than a dream.