Update: Cloud.TV has clarified that it will unlock the Prime features for anyone who bought the old Prime unlocker, but does not have it installed. You just need to get in touch to make that happen. That sounds reasonable.

Update 2: Dayframe Prime unlocker app is back too.

Photo frames are one of the lamest gifts you can buy, but an app that turns your tablet into a photo frame? That's surprisingly cool. Dayframe has a ton of features and photostreams, but now it has one more thing – Chromecast support. Version 2.0 is live in Google Play, and it really shakes things up. It's not all good news, though. 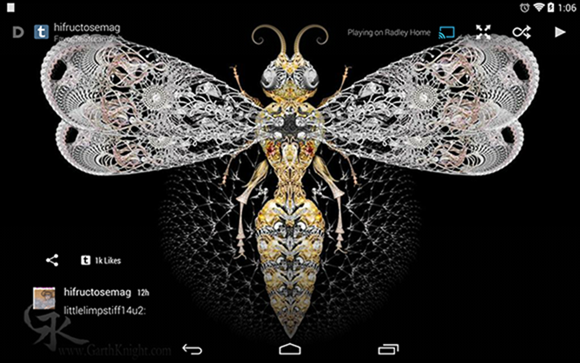 Here's the changelog for v2.0. It's almost like a new app.

The Chromecast support is obviously the headlining feature here. Just connect and you can beam the super-pretty photostream over to your TV. You have to upgrade to Prime ($2.99) for Chromecast support (and a few other things). The app itself now has a light UI with an easier to use library view as well. Remember, for the new Chromecast apps to work, you need to have the most recent version of Google Play Services.

There is one troubling bullet point in that changelog – "PRIME now IAP." The Dayframe Prime app has been removed from Play, so you can't re-download it. The app will continue to work for anyone who bought it, but it probably won't be available again. Most of the features unlocked with the $2.99 IAP in the new app are the same as the old Prime version. Dayframe is a cool app, but let's be honest – this is not a very nice thing to do to customers. NBC News App Gets A Makeover With Version 5, No Longer Looks Like Something Hatched From The ...