Welcome to the latest entry in our Bonus Round series, wherein we tell you all about the new Android games of the day that we couldn't get to during our regular news rounds. Consider this a quick update for the dedicated gamers who can't wait for our bi-weekly roundups, and don't want to wade through a whole day's worth of news just to get their pixelated fix. Today we've got a challenging endless runner, a music management sim, an adventure classic, a casual physics game, and a happy go lucky platformer. Without further ado:

Platforms Unlimited comes from the same developer as Don't Run With A Plasma Sword, and includes the same attitude towards ads and in-app purchases (there aren't any). The game is a super-simple endless runner, but its procedural platforms and odd physics make it surprisingly difficult. You'll have to safely traverse the basic environment and avoid the singular enemies. The game's main mode is auto-generated, but new tailored levels are unlocked each day.

Platforms Unlimited is a procedural, minimalistic, zen, madly hard one-button endless platformer. Uninventing the genre to extirpate its core. An arcade game like in the old times when simplicity, fun and challenge ruled.

This is a premium game, without IAP or ads. Do you love to exploit young people, ruthlessly profit from other people's talent, and build an enormous empire on almost no skill or merit of your own? Then you've got what it takes to be a music producer! This management game has you fostering digital talent to rake in the profits, signing new artists, producing their songs, and managing their releases. It comes from UK Music, the British equivalent of the RIAA, so it's interesting if only for the decidedly whitewashed perspective - check out the authentic money-draining piracy angle. The game is free with no IAP.

Taking on the role of a producer and owner of a start-up label, you can select artists to nurture, record their songs, then support them with marketing and band management, ultimately attempting to succeed through the sales of your artist’s recordings. As you progress, your empire grows, allowing you to expand your studios and take on more artists to conquer the charts. 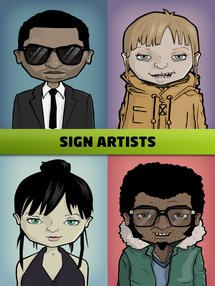 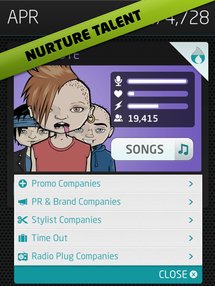 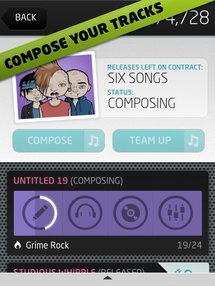 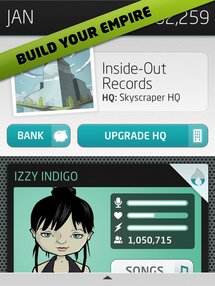 Adventure games are thick on the ground on Android, but like Siberia, Amerzone is a minor classic of the genre. You play a naturalist in a slightly fantastical world, full of animals that are just past the other side of believable. The graphics were cutting edge at the time and still look pretty good for Android, but the exploration and discovery aspects of the game are what will keep players coming back. Full voice and text is available in multiple languages.

Before dying, the explorer Emile Valembois tells you about the most amazing expedition of his career. This expedition was dedicated to the crazy "white bird" mystery. He confides to the young journalist that you are, the odd mission of returning to Amzerone in order to bring back an egg that was robbed 50 years earlier… Legend has it that strange white birds are born and die in mid-flight, without ever landing. To bring this species back to life, you'll travel through enchanting landscapes, from Brittany to tropical forest. Rocket ROBO is a simple game with some impressive presentation. You play a tiny robot whose only power is puttering around on a tiny jetpack. You'll have to navigate a colorful 3D world with a ton of physics-based puzzles and hazards, perfectly timing boosts and turns to avoid walls, lava, and other generally bad stuff. The visuals and music are appealing, and if you like marble maze games, you'll probably find a lot to hold your attention here.

In the middle of space stands a solitary lighthouse. A beacon of light for travellers lost. Inhabited by a little robot and his friend, an elderly tinker who built him. They would often play games for fun but their very favourite thing was sitting together, watching the stars glisten. One unusual day however there were no stars to be seen, they had just gone.… Guide Rocket ROBO around 3 wonderful worlds; Material World, Space Station and the 3rd, Sugar Cube(coming very soon); across 57 levels in an attempt to retrieve the lost stars. 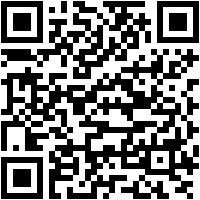 Pyro Jump has a lot in common with They Need To Be Fed, albeit with a more colorful palette. You control a tiny piece of flame that jumps from one platform to another, continually moving and trying to avoid spikes and other hazards. (Why would spikes hurt fire? I don't know.) 25 Google Play achievements are included in the basic game, and more levels are coming soon according to the app description.

Leap from one wheel to another and try to catch Princess Paper in a hundred or so levels full of pitfalls. Pyro, the little flame, is burning with love for the princess and is ready to try anything to convince her that this romantic idyll is not destined to go up in flames. In each level, collect all the flames and unlock bonus levels. Pyro Jump is a fiery platform that requires dexterity and precision. Complete the levels without any faults and, if you enjoy the challenges, try and win gold timers. Mozilla Shows Off Firefox Launcher For Android, Its Rebranded Version Of EverythingMe Launcher