It feels like we just got done with CES, but Mobile World Congress is looming heavy on the horizon. As usual, Samsung will be there with bells on, but it will shun the show floor in favor of a dedicated Unpacked event. The first Unpacked venue of the year has been set for Monday, February 24th, according to Samsung Tomorrow. It will start at 8:00 PM local time (2:00 PM Eastern), putting it right at the end of the show's first day. 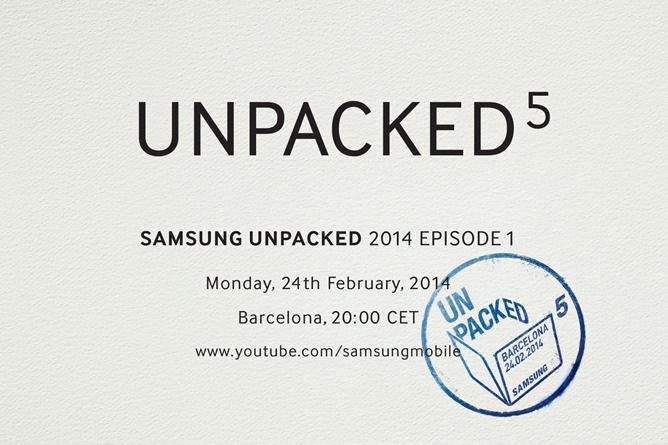 Mobile World Congress is typically the biggest show of the year for smartphones and tablets, and it was the place where Samsung showed off the Galaxy S II for the first time. But for the GSIII Sammy did its own thing in May at a London event, and last year's Galaxy S4 event was held in New York City in March. Samsung has already confirmed that the Galaxy S5 will be released this year, and it's certainly possible that we could see it in Barcelona, but it seems unlikely that the company would follow two years of dedicated events with a trade show reveal for their most important product line.

So if not the Galaxy S5, then what can we expect to see at the MWC Unpacked event? Last year the company showed off the Galaxy Note 8.0, among other less notable products, so you can probably expect something along the same lines this year. Naturally, Android Police will be on top of all the news for the show. It looks like there will also be a live stream of the event.