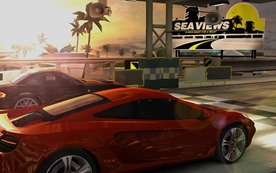 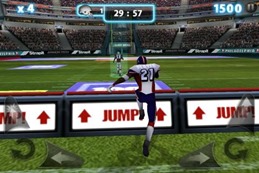 Zynga has plenty of apps for iOS and Android, notably Words With Friends and the official sequel to Draw Something (which Zynga got from another acquisition, OMGPop). But the company's stock price has been lagging below the $5 mark for over a year, about a third of their post-IPO high. Zynga gained its initial success from smash Facebook hits like Farmville, but the company's transition to mobile gaming has been rocky, with heavy criticism if its monetization methods and accusations of plagiarism from other game developers. Zynga laid off 15% of its workforce on Thursday.

In contrast, NaturalMotion has been steadily gaining players and acclaim since 2001. It specialized in simple but compelling mobile games - the CSR Racing franchise in particular is the archetypical touchscreen drag racing game. Clumsy Ninja is the company's latest title, with great reviews on iOS but no Android port yet. NaturalMotion got its start (and its name) creating animation middleware for movie production companies and other developers, including EA, Capcom, and Sega.

Will NaturalMotion help Zynga turn things around? The company's reputation may be permanently tarnished, but it's still sitting on over a billion dollars in assets. Combine production capital and talent, and you've got the beginning of something big. If Zynga can deliver the rest of the necessary ingredients - namely innovative ideas, solid development, and a monetization model that doesn't drive players away - who knows what it can accomplish.

UK-Based Inq Mobile Quietly Shuts Down, Remaining Apps Will Not Be Updated