There are definitely some problems with the Ouya even after all these months, but that's mostly because of the hardware. In the absence of a true hardware revision the company is making a few minor alterations. A new version of the Ouya is now available for sale with more storage, an updated controller, and a totally brutal all black color. 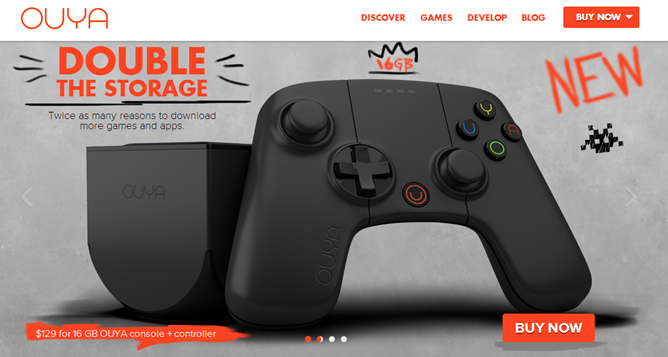 The 8GB internal storage partition on the original Ouya was a tight fit if you wanted to play more than a few games. As more titles have started showing up in the Ouya store, it makes sense to get a 16GB version of the console out there permanently – there was a limited edition last year with 16GB too. The other big change is an updated controller that is said to have better thumbsticks and buttons. The original one was pretty stiff and the buttons tended to stick. Aesthetically, this console and controller are both matte black, which is a nice look.

The Newya retails at $129.99, but the original is sticking around at $99.99. It would have been nice to see this device come in at the $99.99 price point. The Ouya is already a cheap piece of hardware, but it was old when it was still new.