Electronics are getting increasingly affordable, which means even non-enthusiasts these days are ending up with multiple devices they use regularly all needing to get charged at around the same time. Between smartphones, tablets, second tablets, portable media players, smartwatches, and activity trackers, far too many desks, countertops, and side tables are becoming entangled by cables of varying length and size. Therefore it's not difficult to understand why so many people were drawn to the All-Dock Kickstarter project. The campaign just closed with the team having pulled in $97,479 in funding.

The All-Dock will be capable of charging multiple Android devices at once and hold them upright at the same time. The cables are tucked away inside, but they can still slide out of the box for those times when you want to use a device while it's charging. 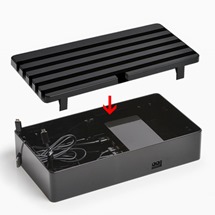 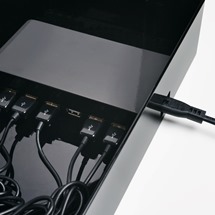 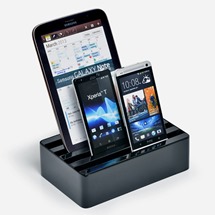 The dock comes in multiple colors and sizes, and backers were able to claim one with pledges ranging from $39 - $149. They should start receiving their shipments in May of this year.

US Cellular Offers $50 Unlimited Data Plan With No Contract, Still Doesn't Know What ...