Ready for yet another Samsung-exclusive app to dot the screen of the latest Galaxy device? Ready or not, it looks like Samsung's supply of custom software isn't running out any time soon. SamMobile got their hands on a leaked APK for "Samsung Life Times," a new app that will presumably debut with a future smartphone. 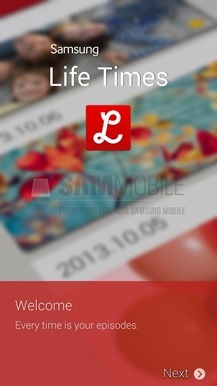 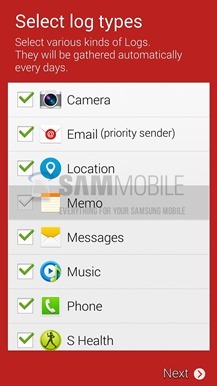 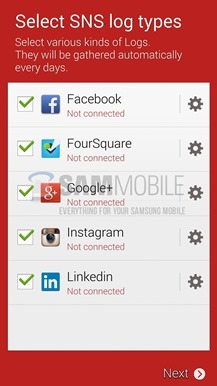 The app is a sort of life logger, collecting data from various apps and presenting them in a personal digital history. Most of the relevant Galaxy-centric apps can be incorporated, including Samsung's camera, email, memo, SMS, phone, music, and health apps, and connections can be made to social accounts at Facebook, Google+, Instagram, and the like. Each service or app is optional. Once you've connected everything up, Life Times will collect your information into daily "episodes," displaying each day as a fetching subsection. Think of it as a NSA dossier in a shiny UI wrapper. It's similar in some ways to Samsung's current Story Album, though SamMobile isn't sure if this is a replacement or an augmentation.

The app itself was taken from firmware labeled SM-G900H. The screenshots are in 1080p and formatted for a phone screen, but that's as much as we can say with any certainty. The Galaxy S5 announcement is due in the next couple of months, assuming that Samsung sticks to its yearly schedule, so that would seem like a natural fit for the debut of Life Times.