It's been a tumultuous ride with the red Nexus 5. At first it sounded unlikely with little more than rumors and suspect renders to go on, then multiple images appeared. The red Nexus 5 seems like a real thing now, but the date has been a mystery thus far. A tipster just provided us with a pic from Sprint's internal documentation informing employees that a red Nexus 5 will be hitting Google Play on February 4th. 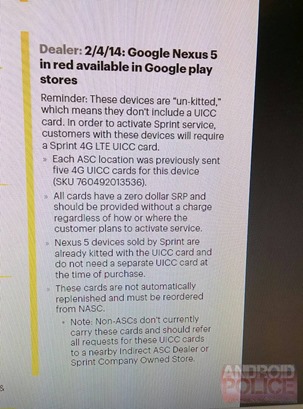 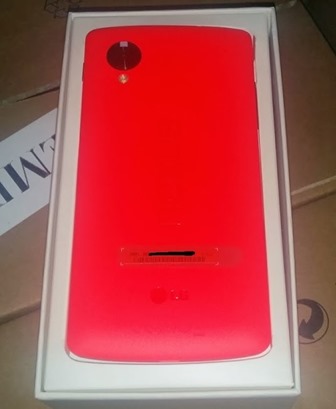 The notice seeks to remind employees they are to provide customers with the necessary UICC SIM cards for these devices from Google Play at no charge. Apparently Sprint just wanted to make sure no one was thrown off by the new color. The language of the message makes it sound like Sprint won't have the red unit in stores, which isn't surprising – both T-Mobile and Sprint only carry the black model.

It's not a sure thing, but the pieces are falling into place. You might be able to get your sweety a nice red Nexus for Valentine's Day.

[New Game] Minigore 2: Zombies Shoots Its Way Into The Play Store, Gets Bright Red Blood All ...

Hands-On With Blu's Life One X: This Is Probably My Favorite Blu Phone To Date