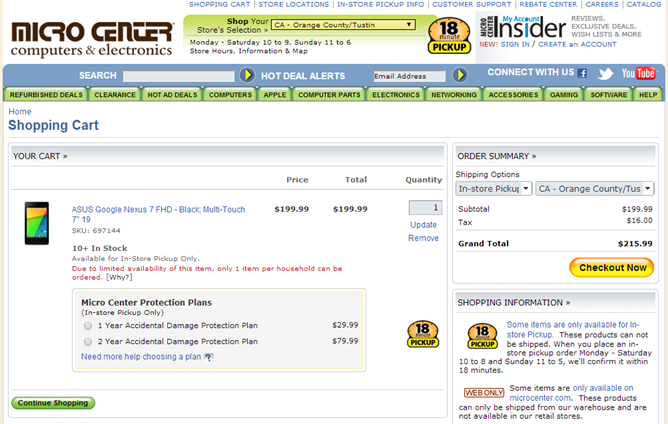 There's only one catch to this deal: it's for in-store pickup only. So, if you're not within reasonable driving distance to a Micro Center, then it's probably not worth your time or money. If, however, there's a local store in your area, reserve yours online and head to the store to pick it up. Links are below.