Nvidia's TegraZone app is primarily aimed at Tegra-powered devices, but the new update to version 2.9 opens it up to everyone. You can check out Nvidia's curated game listings if you're using a Snapdragon, Exynos, or whatever else. Keep in mind, not all the games you find will be compatible, but it can be a nice way to explore some good games 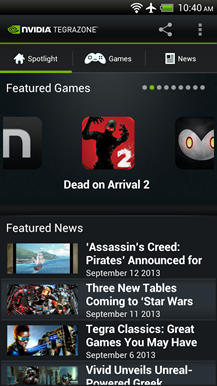 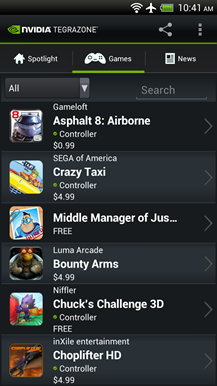 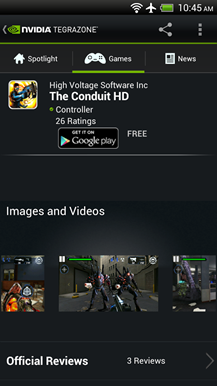 Here's the full changelog for your perusal:

The app's UI has been tweaked to add better filter controls in the games tab. You can also restrict your lists to only show games with controller support, which is a handy feature for Shield owners. The Google Play Games stuff is weird – it actually gives you achievements for leaving reviews and downloading games. I don't know if that's how achievements are traditionally supposed to be used.