The Notion Ink Adam II has been a long time coming, with the Indian manufacturer having announced two years ago that it was using Texas Instruments components inside the upcoming device. It finally became available for purchase just last month - in India. While the tablet is still not shipping to most of the planet, today is the day that the Adam II becomes available in Europe. The WiFi model goes for 219 euros, while the 3G model goes for 30 euros more. 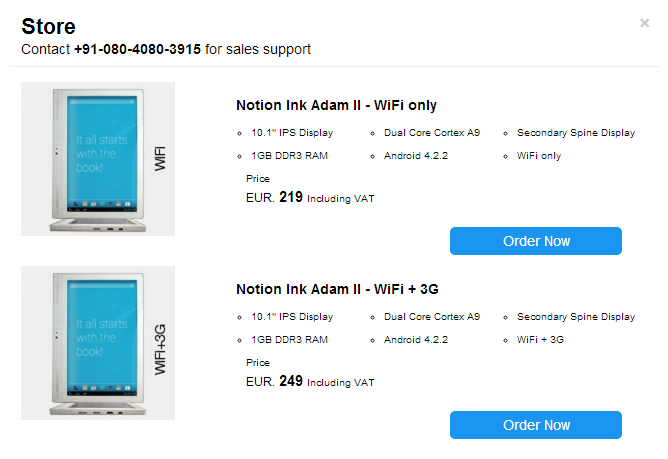 The original Adam tablet wasn't exactly a hit when it shipped in 2010, and the specs sheet doesn't make the sequel sound particularly thrilling either. With a 10.1-inch 1280x800 display, it isn't pretty to look at, and with only 8GB of internal memory, users will be very happy it comes with a microSD card slot. It has a 1.5Ghz dual-core Cortex A9 processor, 1GB of RAM, and a 3.15MP camera on both the back and the front. Software wise, it's running a relatively clean looking version of Android 4.2.2. After having taken this long to come to market, the numbers are quite underwhelming.

What's more interesting is the secondary display built into the side of the tablet, which can display text similar to what you would expect to see on the side of a book. 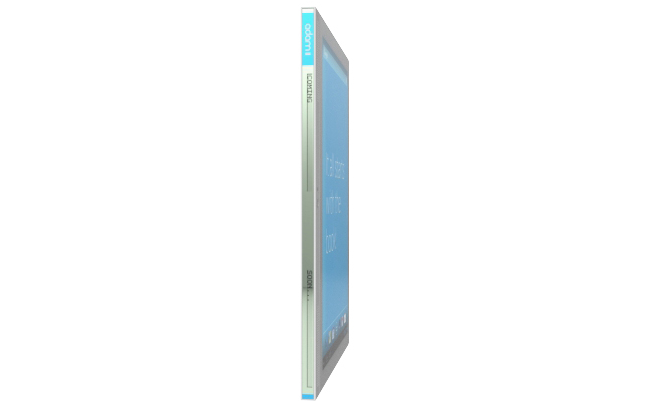 There you have it, the Adam II, now available in India and Europe. Look for other locations to pop up at some point in the days ahead.