You know what sucks? The outdoors. All those people, the light, the strange sounds – no thanks. But you can only subsist on delivery food for so long. Postmates is a service that promises deliveries of just about anything you want, and there's a new Android app to go with the service. The catch is that you can only use Postmates in San Francisco, New York City, Seattle, and Washington DC for the time being. 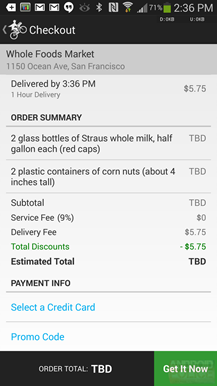 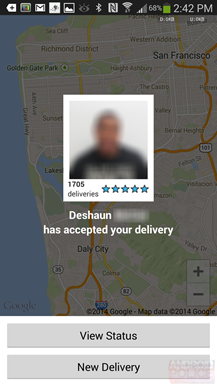 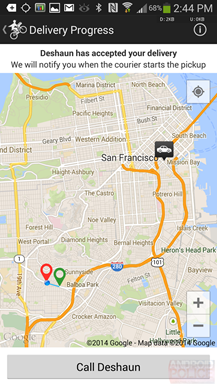 The Postmates app lists all the nearby restaurants, bakeries, delis, grocers, and so on (pulled from Foursquare). There isn't a supported list of locations – it can be just about anywhere. When you've selected your target, it's time to build an order either from suggestions (in some stores) or by creating a custom list of items with a text note in the app. It doesn't have to be a food item, but that seems to be the main focus. This universal approach is what sets Postmates apart from the likes of Google Shopping Express or Instacart.

We tested Postmates with an order from the local Whole Foods. The app can be used to track the progress of your order as a Postmate is assigned to pick up the items. If they have a question, they can give you a ring and vice versa. It kind of works like Uber in that you can follow your delivery around via a map in the app. 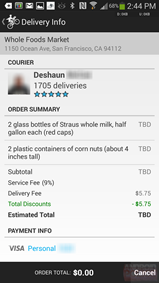 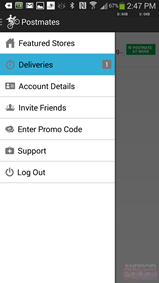 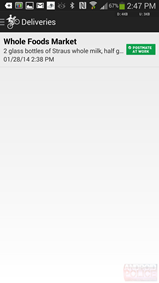 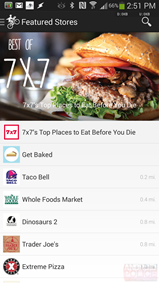 When your items arrive, the total fee is automatically charged to your card through the Postmates service. Postmates also sends out an email receipt with a picture of the physical receipt from the store. So what do you pay for this service on top of the actual items? There is a $5.75 flat fee for the 1-hour delivery and a 9% convenience fee based on the total cost. The Postmate who brings your stuff gets part of the 9% convenience fee, but you can tip extra if you like. The $5.75 delivery charge is being waved through February 3rd to get people interested. 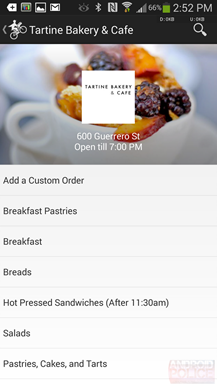 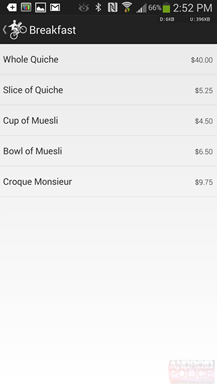 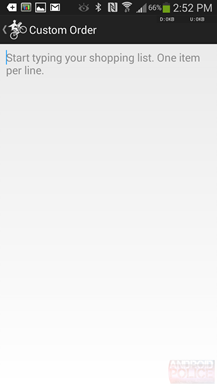 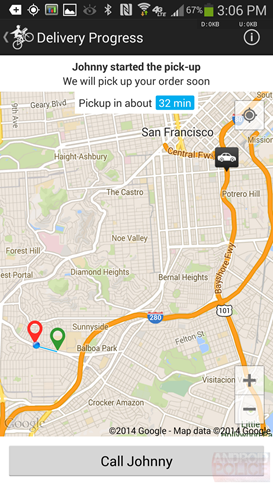 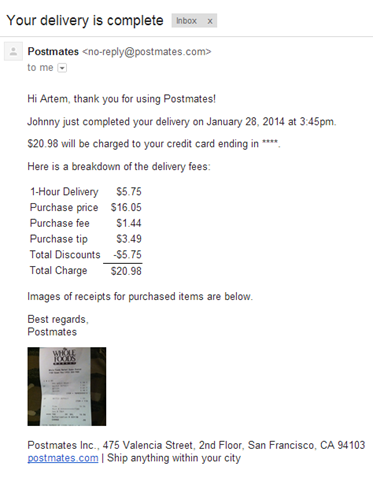 Artem is happily munching on his corn nuts and guzzling whole milk right now thanks to Postmates. His opinion of the service is positive, though he is more agreeable when he's been fed recently. If you are in a supported area and want to give Postmates a try, you can get a $10 credit with the code t7yf. This is Artem's code from the app, which is the only way we have to give you free money. If you use it, he gets $10 too. 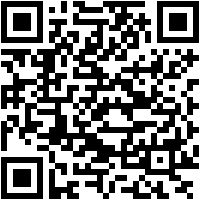