It's that time again, obsessive collectors: time to fight the masses for a tiny hunk of vinyl and cuteness. Chinese New Year is coming up on Friday, and to celebrate the creators of the ever-popular Android figurines are releasing yet another special edition toy. This time it's dedicated to the Year of the Horse, with a red paint job inspired by the Zodiac figure. 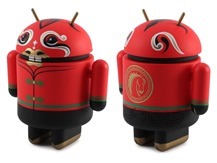 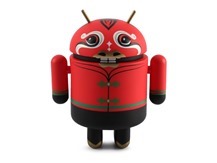 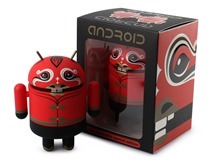 Dead Zebra tends to get swamped when new special editions are being sold, so they're releasing them in two batches: one at 11 AM Eastern Time (right as this story is published) and another batch at 11 PM. The price is $10 with a limit of two shipped to each address, and you must pay via credit card. Dead Zebra is offering a combination deal if you want a square or hexagonal case. You can add one to your special edition order for $3, a $2 discount.

The special edition figures are a bit hard to predict when it comes to scarcity - some disappear almost immediately, while others tend to be restocked on Dead Zebra's store with surprising frequency. The prices usually don't change, so if you want one, it's best to try and get it early.

Source: Year of the Horse figure via Dead Zebra blog

HTC One Android 4.4.2 Update Is Now Rolling Out In Several European Countries

5.7-Inch Boost MAX Now Available From Boost Mobile For $299.99 With No Annual Contract