Welcome to the latest entry in our Bonus Round series, wherein we tell you all about the new Android games of the day that we couldn't get to during our regular news rounds. Consider this a quick update for the dedicated gamers who can't wait for our bi-weekly roundups, and don't want to wade through a whole day's worth of news just to get their pixelated fix. Today we've got a revamped tower defense game, a gorgeous point-and-click adventure, an atom-powered casual game, a card fighter from Sony, and a kid-friendly puzzler. Without further ado:

Melesta has been toying with various incarnations of its Toy Defense game for a while now, but with the third edition they're getting out of the quasi-military world and diving headlong into Middle Earth. There are dungeons. There are dragons. There are the usual tower defense game tropes, with bosses, hero units, and asynchronous multiplayer. The standard game is two bucks, or you can try the free version.

Toy Defense 3: Fantasy features a MAGICAL new world with dashing warriors, fearless archers, crafty goblins, and immersion in a magical atmosphere. More than 15 million fans all over the world are playing the Toy Defense franchise. Be the first to discover the latest entry in the series, Toy Defense 3: Fantasy. Wage war against hideous goblins and terrifying dragons. The most epic magical battle of all time is waiting for YOU. Morphopolis isn't really a game in the traditional sense, it's more like a series of beautiful vignettes that just happen to have a few interactive elements. Developer Micro Macro Games has created an incredibly detailed 2D world of vegetation and insects, complete with hand-drawn backgrounds and characters. You control an ever-increasing selection of bugs as you climb the food chain from the bottom to the top.

Embark on a lucid and fantastical journey of transformation and discovery through this beautiful and unique point and click / hidden object adventure. Unlock puzzles, solve fun mini games and collect items amongst the gorgeously detailed and hand illustrated environments. Undergo metamorphosis and parasitically inhabit ever larger insects as your interaction with the scenery develops, each chapter progresses and the scale of the beautiful world increases. 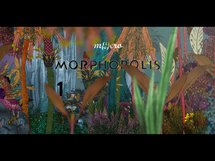 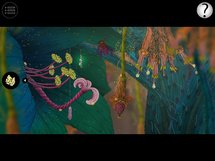 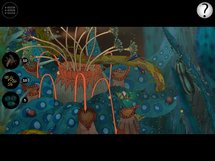 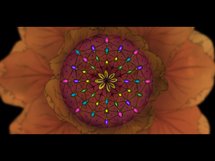 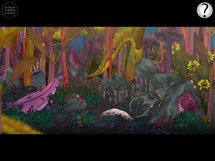 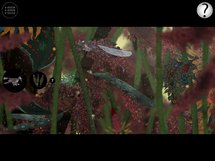 Here's a casual title that Hank Pym could get behind. You control a tiny atom, strategically moving through a sub-microscopic space, absorbing protons and electrons until you've got enough to form a new element. Atomic Fusion marches across the periodic table from Hydrogen all the way to those weird ones you can never spell right. The first ten levels of the game are free, after which you'll need to shell out a single IAP for the rest.

SCIENTISTS. Journey through quantum space and fuse the elements in this retro- inspired arcade game. The game is FUSION. Your Role: Quantum Physicist. Your Goal: Create all the known elements of the periodic table by absorbing and manipulating matter, antimatter, plasma waves, and photons. Arm yourself with the sheer power of Photons. Amass this energy to release stronger reactions to support your journey into the void.

Here's a somewhat typical title from a surprising source: Sony Pictures Television. Suits and Swords isn't based on any existing property, instead it mixes elements of Magic-style card battle games with Blackjack. (Get it?) While the game is technically an RPG, it looks like it's light on story and gameplay elements beyond the built-in collectable card game. Fans of the genre will like the impressive 2D art, but others may be put off by currency-based IAP and an always-on Internet connection.

The Joker is back for revenge – and only YOU have the power to stop his destruction. Lead Captain Black Jack on an epic card battling journey to save the four card realms. Suits and Swords is more than a blackjack card game – it’s the elements of a role playing game combined with the strategy of blackjack creating an adventure that’ll have you addicted after your first battle. Suit up, double down, and join the fight.

Croco's Escape probably won't hold the attention of most adults, but if you're looking for a nice colorful game for your pack of rugrats, it might do the trick. The basic gameplay involves moving blocks of rocks around on a grid, gradually clearing a way for the crocodile (who's orange for some reason) to get through the level. If you've ever played a 2D Zelda or Pokemon ice level, you'll know what I mean. Lock down those Play Store settings: it's free with in-app purchases.

Croco was captured by the evil villain Rocket Bull and needs your help to escape. Solve tricky puzzles by dragging stones and other obstacles out of Croco's path to help him reach the exit. Discover four different worlds and play through more than 120 hand crafted puzzles in Croco's Escape and encounter tricky riddles, hungry penguins and more funny monsters. 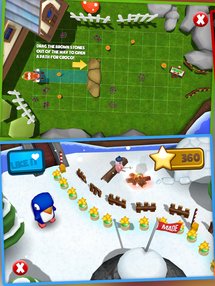 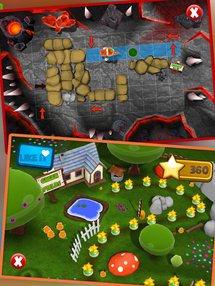 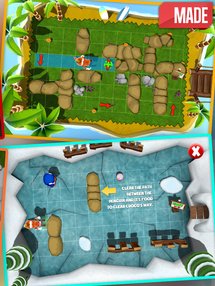 Google And Samsung Reach Cross-Licensing Deal For Current Patents And Those Filed Over The Next ...