Software piracy sucks. Ask any developer: app piracy is a major problem on Android, and more so on Android than on other mobile platforms, thanks to the relative ease of installing applications outside of the Google Play Store. But the United States Department of Justice is not turning a blind eye to mobile piracy. The Department charged four men with conspiracy to commit criminal copyright infringement earlier this week in Georgia's northern federal district court.

Kody Jon Peterson, a 22-year-old from Florida, was charged with one count on Thursday. Thomas Allen Dye (21) and Nicholas Anthony Narbone (26) from Florida and Thomas Pace (38) from Oregon were charged separately on Friday. Peterson was involved with the "SnappzMarket Group" starting in May 2011, and the others formed the "Appbucket Group" in August 2010. The charges carry a maximum sentence of five years in federal prison. 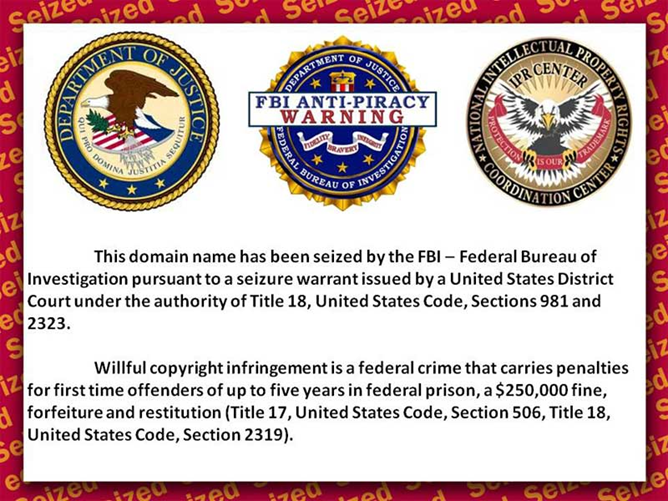 According to the Department of Justice's report, Snappzmarket.com and Appbucket.com disseminated over one million stolen copies of Android apps each. Both website domains along with Applanet.com were seized on August 21st, 2012 as part of the investigation, which the report says is the first time that the DOJ's power to seize domains has been used to fight mobile piracy. The investigation was carried out by the DOJ with help from the FBI's Atlanta field office. FBI agent Ricky Maxwell had this to say:

The protection of intellectual property is the cornerstone of a free market that rewards innovation and forward thinking. The federal charges presented in this case illustrates the problems facing technology based companies in particular but also highlights the FBI and U.S. government response to those engaged in such wholesale criminal activity involving the piracy of copyrighted products.

Though both websites were particularly well-known as easy sources of pirated apps, taking them down will probably do little to dissuade pirates, many of whom are located beyond US jurisdiction. Even now it's depressingly easy to find unauthorized and cracked APK files scattered across the Internet. Here's hoping that this is only the first part of a larger anti-copyright infringement campaign.

[Weekend Poll] How Much Internal Storage Does Your Current Phone Have?