If you tried reaching one of Google's popular services, such as Gmail, Google+, or Play Music in the last 30 minutes and failed because they're either unavailable, very slow, or have broken in some other way, don't go blaming your ISP - it's one of those rare occasions when Google itself is having some major hiccups.

The company finally updated the Apps Status Dashboard after a surprisingly long delay of over 20 minutes showing all green and is now looking into the issues:

We're investigating reports of an issue with Gmail. We will provide more information shortly.

I guess I'll go to Google+ to see what everyone's saying. Oh wait...

Update: Hilariously, the exact moment the services went down, the Google Site Reliability Engineering team started their AmA (Ask Me Anything) on Reddit. If that's not tragic irony, I don't know what is. I wonder how long it'll take now before they actually start responding to questions *cracks whip*.

Update #2 11:42pm PT: Gmail and Play Music are back for me, but Google+ is still down hard. Gmail's virus scanner is still down as well.

Update #3 12:07pm PT: The Apps Status Dashboard is now showing most of the services as yellow: 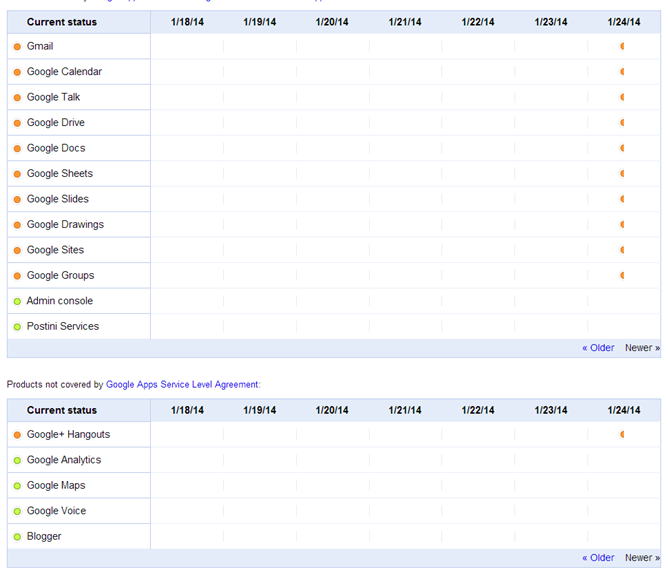 Update #4 12:20pm PT: Google+ is sort of back but is still very finicky and is missing a ton of posts after January 20th, including stuff shared earlier today. I hope they're not gone for good...

Update #5 12:50pm PT: Google+ seems to be back. The missing posts have returned as well. However, the dashboard is now showing Google Voice as affected. Google+ Hangouts is the only other service marked as currently disrupted.

Update #6 1:21pm PT: The dashboard is now showing all clear. We're back in business, folks. 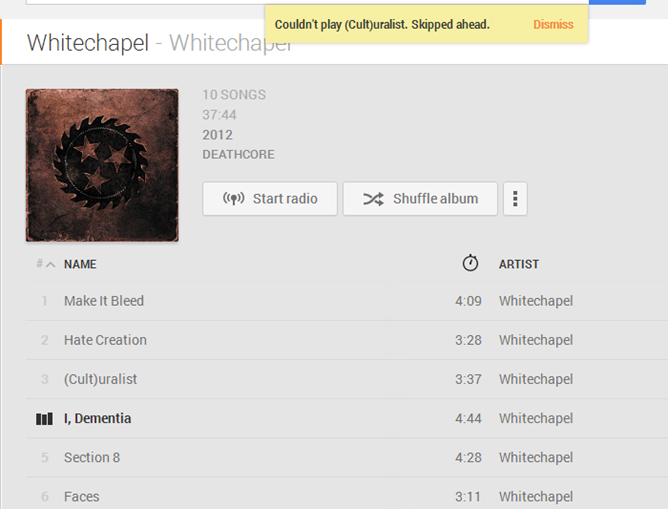