It's been nearly two years since Blu announced a new member to the Vivo line, but the company is gearing up to release the Vivo 4.3's successor, the Vivo 4.8. Stylistically, it has a similar look to the 4.3, albeit on a slightly larger scale due to its 4.8 inch display. Also like the 4.3, the 4.8 has a Super AMOLED panel with Blu's Nex Lens and Infinite View technologies. This is in contrast to other Blu devices of late, which all use IPS panels along with Nex Lens and Infinite View. 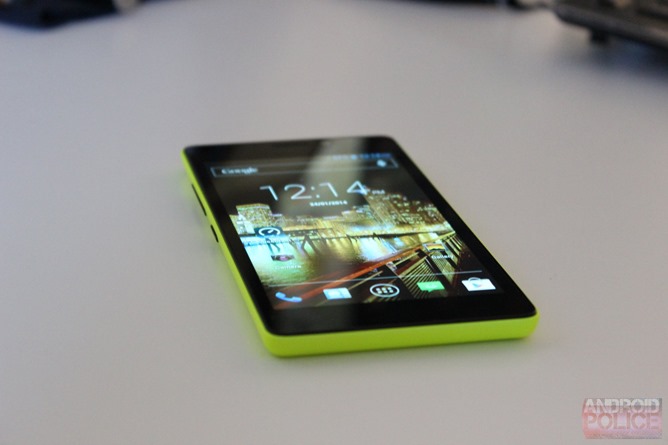 For the most part, the Vivo 4.8 is a mid-range device, featuring many of the same components we've seen in Blu phones before:

In a nutshell, the Vivo 4.8 reminds me of a cross between the Life Play and the Life Pro with a slightly smaller display. That probably doesn't mean much to those who haven't used either (or both) of those phones, but Blu phones generally have a different feel to them than other manufacturer's handsets, so it's the only real comparison I can make. It's a thin and light device with squared-off corners and an interesting button layout: the volume rocker and power button are on the left side of the device, with the microUSB charging port and microSIM slot on the right. The 3.5mm headphone jack is all that's on the top, and there's nothing on the bottom. On the back, the 8MP rear shooter is in the top left corner, and the device's only speaker is in the bottom-left. The sides are tapered inward, which keeps the phone from feeling "sharp" when holding it.

The display is a Super AMOLED panel with Blu's Nex Lens and Infinite View technologies, but honestly it just looks like a straight-up SAMOLED to me (which isn't a bad thing). Like with all SAMOLED panels, blacks are deep and rich and colors are super vibrant and really pop, but whites/light grays tend to be sort of dingy looking. Still, if you're a fan of SAMOLED displays, you should be perfectly happy with the one on the Vivo 4.8, despite its 1280x720 resolution. Speaking of that, it's actually hard to tell that this display is only 720p – everything looks sharp and crisp (including text). At first blush I assumed it was 1080p until I actually looked at the specs.

The overall build quality is on par with past Blu offerings – it feels well put together. The back is one solid, non-removable piece, but it feels identical to the thin plastic back plate on the Life Play, which means it's probably somewhat fragile. I'm glad that it doesn't come off, because the Play's panel came off too easily. Either way, I'm a fan of the seamless construction, because it just looks clean. Oh, and if you're concerned about it breaking, Blu includes a case and screen protector in the box (along with a set of earbuds and the requisite charger and cable). Good guy Blu. 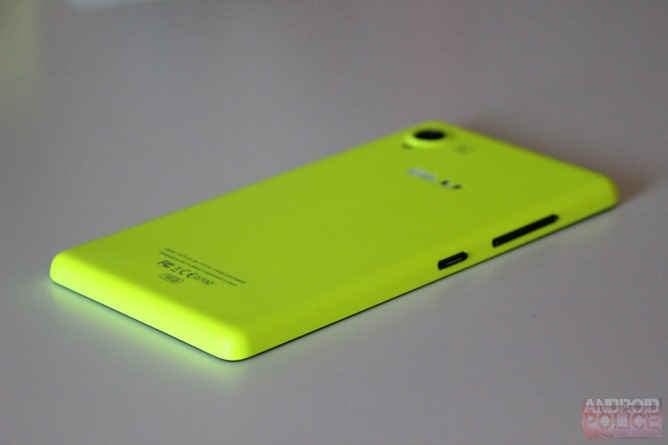 On the software side, this is a pretty typical Blu phone. Where the company took a drastically different approach with the Life Pure, the Vivo 4.8 is basically identical to the Life Play, One, View, and Pro. It runs a nearly-stock build of Android 4.2.1 (outdated, I know), which I actually covered in-depth in the Life Play review. Instead of repeating all of that here, I'll just send you that direction. I even linked directly to the UI section of the review. Like a pillow, guys.

Overall, the Vivo 4.8 is a nice handset for just $250. Of course, Blu has some stiff competition now with the $199 Moto G – the two may be spec'd fairly similarly, but the G is already running the latest version of Android (4.4.2), which is a pretty big deal. Still, the Vivo may be a good choice for anyone looking for an affordable phone with a larger display than the G's 4.5-inch panel; similarly, it's a good option for a first smartphone.

Blu hasn't yet announced a release date for the Vivo 4.8, but it should start hitting retailers soon.