The warriors of LEGO's Ninjago franchise aren't your old-school ninjas of feudal Japan. These heroes are bold enough to draw their blades in a more modern time, one filled with futuristic corridors, glowing elevator shafts, and dangerous lasers. Yet unlike Tecmo's Ryu Hayabusa, these ninjas don't square off against armed gunmen. They're out to rid Ninjago City of the possessed-scientist Cyrus Borg and his army of minions. Of course, the only way to do this in Ninjago Rebooted is by racing to the top of Borg Tower. 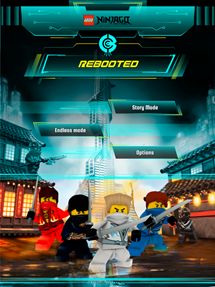 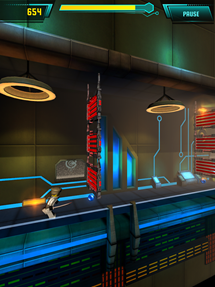 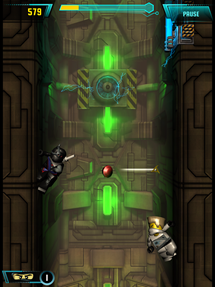 Ninjas Cole, Jay, Kai, and Zane are all playable in this endless runner. In addition to their acrobatics and swordsmanship, they're armed with various power-ups to help them make their way up the tower. And if the story mode grows dull, there is an endless mode for quick, high-scoring engagements. All of this actions appears to be available free of IAPs.

Qualcomm Picks Up Giant Cache Of Palm, IPAQ, And Bitfone Patents From HP